Home » Politics » Rochas has not released any funds for May 29 inauguration, Ihedioha says 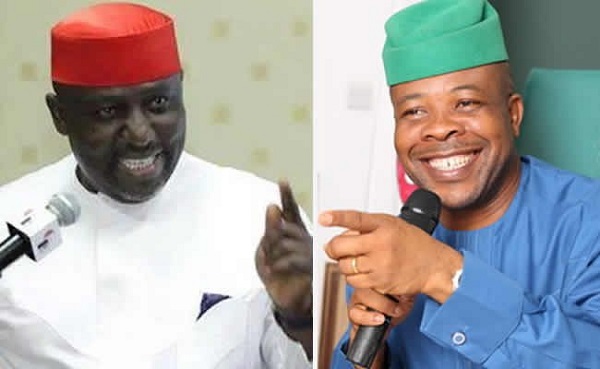 Imo State governor-elect, Emeka Ihedioha, has denied claims that the incumbent governor, Rochas Okorocha had released N150 million for his swearing-in on May 29.

In a statement issued by secretary to Ihedioha’s inauguration and handover committee, Ray Emeana, who doubles as the secretary of the Peoples Democratic Party in the state, it was stated that the governor had refused to finance the inauguration activities

The governor-elect, nonetheless said the inauguration will go as planned by the committee, stressing that it would be a success.

“Governor Rochas Okorocha has not released any money to the Emeka Ihedioha Inauguration Planning and Handover Committee.

“For the avoidance of doubts, Governor Rochas Okorocha and his outgoing government have not released any money to the Inauguration Planning and Handover Committee. The committee has not requested for any money either.

“Rather, the joint committee made up of the 31–member Ihediohia team and the 21–member Rochas Okorocha team met and adopted common resolutions on how best to proceed with the inauguration activities.

“Rochas Okorocha has since abandoned the mutual resolutions and proceeded with his “Internet-based Commissioning of Internet Sited Projects.

“Arrangements to ensure this delivery include such activities such as providing clean environments within and around event venues including the Dan Anyiam and Grass Hoppers Handball stadia.

“Indeed, Imo is already agog with excitement. Currently, Owerri is the destination of choice for prominent Nigerians at home and in the Diaspora. The hotels are fully booked. Flights into Owerri are filled up. The venues for the various programmes are wearing new and fresh looks.

“We can understand the frustrations of Governor Okorocha and the remnants of his e-rats, having realized that their efforts to derail the swearing-in of His Excellency, Rt. Hon Emeka Ihedioha and Hon (Engr) Gerald Irona as Imo State Governor and Deputy Governor respectively have failed woefully.”