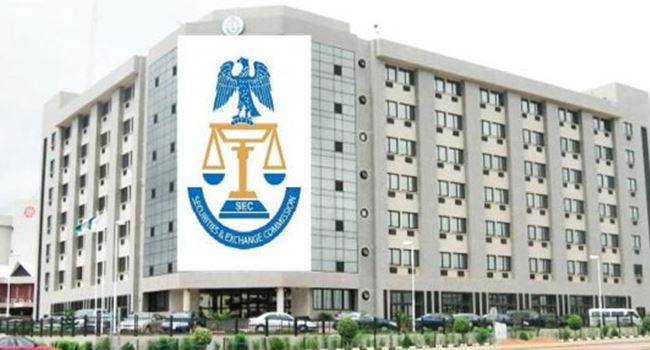 The Security and Exchange Commission (SEC) and shareholders have faulted the Nigerian government’s bid to take control of investors’ unclaimed dividends and dormant funds in bank customers’ accounts in the country.

SEC and shareholders voiced their displeasure against the move on Thursday in Abuja at a public hearing on the Finance Bill 2020 put together by the joint Senate committee on finance, customs and excise, trade and investment and national planning.

Minister of Finance, Budget and National Planning Zainab Ahmed stated at the hearing that government had the right to borrow any unclaimed dividends that were idle but shareholders affirmed that such funds ought to be returned to the companies, which issued the dividends originally.

Mrs Ahmed’s remark followed a question posed by Deputy Senate President Ovie Omo-Agege on whether government wanted to take over the money in dormant accounts.

“The same provision that affects unclaimed dividends will also affect unclaimed deposit in the dormant accounts.

“On the issue of unclaimed dividends, what the government is proposing is in line with the provisions of the Constitution. Any fund that is lying fallow after a certain period of time cannot be taken over but such funds could be borrowed. The Unit Trust being proposed is a borrowing arrangement of the government.

“The reason the Debt Management Office would be in charge of the unclaimed dividends and deposit in dormant accounts is because it has the mandate to manage debts on behalf of the government. “That is why we recommend that the DMO as against the SEC should manage the funds.”

“Rather than the companies to collect back the money and redistribute, the government want to manage the funds,” the minister said.

The move is out of tune with Sections 429 and 432 of the Companies and Allied Matters Act 2020, which authorises a company declaring a dividend to invest the fund in a business separate from its line of operation after the three months of publication of the unclaimed dividends have expired.

Unclaimed dividends in the country are currently in excess of N150 billion.

Solomon Adeola, chair of the Senate committee on finance, asked the finance minister what would happen when owners of the unclaimed dividends or dormant funds came forward after the DMO had taken over the management of the money.

Ahmed stated that a trust fund management to be established would provide the guidelines of how the funds would be managed.

Abdulkadir Abbas, who represented SEC at the hearing, noted that major stakeholders had sent several complaints to the capital market regulator, over the plan to establish the unclaimed dividends trust fund.

“We are advocating a modification of the provisions with regards to management and governance of the trust fund to avoid possible harm to the capital market which is still struggling to survive.

“We are not against the proposal to set up the unclaimed dividends and balances trust fund.

“What I said is that we have concerns with respect to the governance structure of that proposed fund and appealing for reconsideration,” Abass said.

Zulum calls for return of over 200,000 refugees in neighboring countries