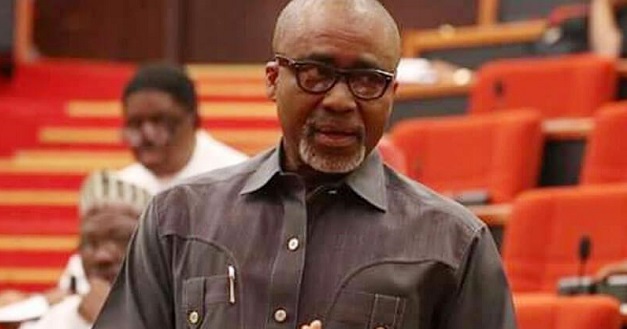 Senator Enyinnaya Abaribe was on Tuesday released after spending five days in the custody of the Department of State Services (DSS), which arrested him on Friday last week.

A statement released by his media aide, Uchenna Awom, read, “About 6.32pm on Tuesday, June 26, 2018, Senator Enyinnaya Abaribe walked into freedom after five days in the DSS gulag.

“Abaribe who was granted administrative bail was released to his lawyers led by Chukwuma-Machukwu Ume, SAN.

“Thanks to Nigerians for standing up against the wrongs done to Nigeria’s democracy with the arrest of Senator Abaribe. The collective calls and demand for his release has shown the great spirit of Nigerians for justice.”

His release came after the Federal High Court presided over by Justice Binta Nyako, had earlier turned down the request to order the DSS to release Abaribe.

Abaribe, who was produced in court by the DSS over the trial of the missing leader of the Indigenous Peoples of Biafra (IPOB), Nnamdi Kanu, had requested that the court order his freedom from the security operatives.

But Justice Nyako had denied the request, saying that Abaribe’s arrest and detention by the DSS had nothing to do with his suretyship for Kanu.

READ ALSO: AFENIFERE TO NIGERIANS: Remove Buhari to save the country from destruction

Abaribe and two others had stood as sureties for Kanu when Justice Nyako in April last year granted the IPOB leader bail.

Kanu, alongside others, was being prosecuted before Justice Nyako on charges bordering on treasonable felony, before he went missing after Nigerian soldiers invaded his home in Abia State in September 2017.

Since October 17, 2017, when Kanu trial was supposed to resume, Abaribe and the two other sureties had been struggling with the trouble to produce Kanu in court.

As yet, it is still unknown why the DSS arrested Abaribe as the court noted that it had nothing to do with him standing as surety for Kanu.

Obasanjo won’t die, he must be alive to face probe for $16bn spent on power with no result —Oshiomhole