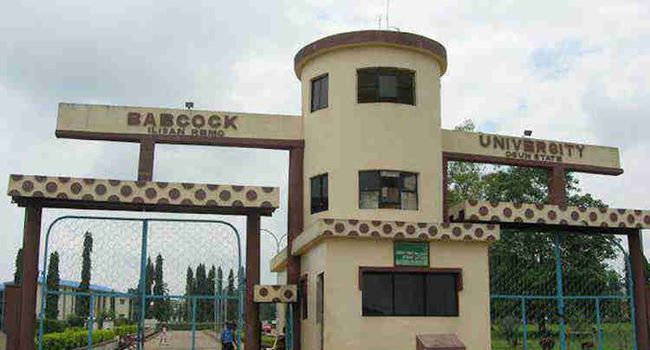 The Vice-Chancellor of the Babcock University, Ilishan-Remo, Prof. Ademola Tayo, has reacted to the expulsion of a female student in a sex video that went viral on the internet last month.

The vice-chancellor said he signed off the girls expulsion letter in tears as a responsible father, adding that the institution would not leave the young lady all to her doom.

He said: “Because anywhere they go they say the students of the university are all prostitutes.”

“They said the girls are always swallowing; and all kinds of ridicule. If we keep mute, in the public opinion they would think that anything goes in the institution. We had to make a statement to show discipline.

“But I need to tell you that I signed her expulsion letter with tears in my eyes as a responsible father. But we are not leaving this young lady to her doom. The pastor called me last week and I prayed with the family.

“The father called me and said pray with your daughter. I said she is still my daughter. Sometimes discipline is therapeutic. It is when you go that you realise that this is not right what I have done and then you go back to yourself.

“I look forward to a time when this young girl would graduate and be celebrated. It may not be here; I don’t know where but we are not throwing the baby out with the bathwater.”

Tayo also described the act where the girl gave a boy a blow job as abnormal.

“It is not normal for a young woman to take the manhood of the man and be swallowing. That is a very dirty thing which supposed not to be heard,” he added.