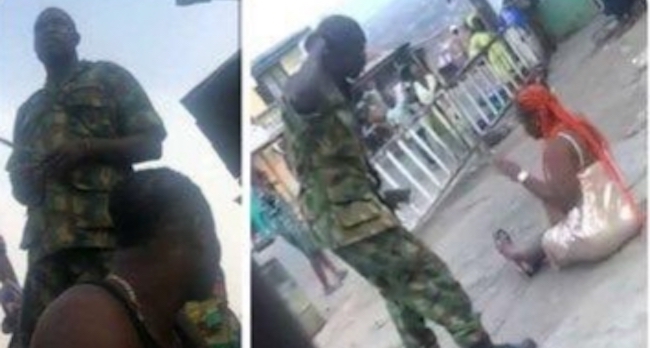 Twitter was the most daring of all social media platforms on Monday as trends spotted on the table captured ‘sensitive’ religious and ethnicity issues.

Tweeps also engaged and trended reported cases of police and military brutality in states across Nigeria.

Twitter users from Northern Nigeria (Arewa) and Muslim apologists lashed out at popular Kannywood actress, Rahama Sadau, after she took to her Twitter page to share some of her recent pictures.

The actress was outrightly criticized for her outfit which was considered provocative and uncharacteristic of a female Muslim.

Other Twitter users thought otherwise and advised the North to channel the same energy they used in condemning Rahama on religious grounds, in speaking up and fighting against banditry and other vices currently ongoing in the North.

Meanwhile, the star actress isn’t new to controversies as she shot to limelight after she was slammed in 2016 for featuring as a vixen in a music video with Nigerian musician, Classsiq.

The 27 year old had also on two occasions, been banned from the Hausa film industry for cases of ‘indecent behaviour’. She has however, in a series of tweets on Monday evening, responded to the attacks directed at her over her recent photoshoot.

For making me sin with my eyes this morning, I am unfollowing you ASAP.

People don't like to mind their business in this country ??? pic.twitter.com/mtHE3G26Lp

Arewa Twitter, I thought we couldn't trend #SecureNorth because of our small number on twitter, but seeing Rahama Sadau trending just after dropping a picture of her nyash makes me understand that our northern tweeps ain't ready for it, and that's why I can only pray. ?

Salam, it’s sad and unfortunate waking up to series of unexpected messages, tags & trends over the harmless pictures i posted. As a human, I laughed at some, frowned against many & disapproved most. To the most unfortunate event, some of these comments took a different dimension

Reports of alleged rights abuse and violent assault by security operatives in the Beere area of Ibadan, Oyo State recieved attention after a video surfaced on Twitter of an army officer horsewhipping a lady for dressing ‘indecently’.

According to residents, a joint security outfit of police, soldiers and civil defense, Operation Burst, who took over security duties after police officers withdrew from their duty posts following the #EndSARS protests two weeks ago, were responsible for the alarming cases of brutality.

The state government has since looked into the matter and has assured that the erring officers would be brought to book.

Army has started from where evil SARS stopped

Igbo trended for a number of reasons but mainly over a video of one Sefiya Ali, a Northerner from Sokoto state, who stunned viewers with her fluency in the Igbo language.

In the video, Sefia stated that her fluency in the language owed to the fact that she had spent 25 years of her life in eastern Nigeria, Enugu State precisely, where she raised a family and is currently a food vendor.

She also admitted to living rent free in the state as her landlord had been benevolent despite her religious stance.

..Hajia Tangaza.?
See as she is fluent in Igbo Language.
But the political elites will use religion & ethnicity to deceive the gullible ones.
Tell me why this woman won't contest to be a counselor or a local government chairperson if she's been a resident for more than 25 years.

Most people who peddle the idea of an "Igbo presidency" don't realise how much Igbos are hated in the North (especially Hausa/Fulani Muslims North). I dare say that Peter Obi's presence on Atiku's ticket in 2019 cost Atiku some votes among the Northern electorate.

Nnamdi Kanu has a plan. He is willing to sacrifice millions of Igbos to achieve his IPOB agenda. He has been trying to trigger Arewa to start killing Igbos living peacefully in the north. He is looking for genocide pictures that he can forward to UN, ICC, AU, USA, UK

Ex-Presidential candidate and convener of the #RevolutionNow movement, Omoyele Sowore took to his Twitter page earlier in the day to share a video confirmating his presence with a group of #EndSARS protesters who barricaded the entrance of the Force Headquarters in Abuja on Sunday, demanding justice for victims of police brutality.

Sowore also unearthed videos of his past activisms insinuating that he had been in the fight against corrupt government in Nigeria for years.

While most Nigerians have continued to doubt the credibility of his true intentions for the #EndSARS cause, others have lauded his bravery and consistency in the fight against bad governance in Nigeria.

This isn’t an #EndsSARS protest,you’re doing this to propagate your own agenda.. follow sowore at your own peril

If not for anything we must commend Yele Sowore for awakening Aluta spirit in the land.

He "sacrificed" himself to bring to our consciousness our right of peaceful assembly. "Lone rangerism" doesn't always mean there is an ulterior motive, he's just a threat to some people. pic.twitter.com/XMDt4rQC7y

Lol.. I reserve my comments.. however remember how buhari cried and chased after Jonathan. You have a point.. sowore tried.. I honestly do not trust him.. but I commend him. I'd rather vote @AishaYesufu simply. But once again I commend him. Now let's #ENDSARS

The video showed police personnel engaging in martial arts, with over 400 officer reportedly taking part in the ongoing training in Eggon, Nassarawa state.