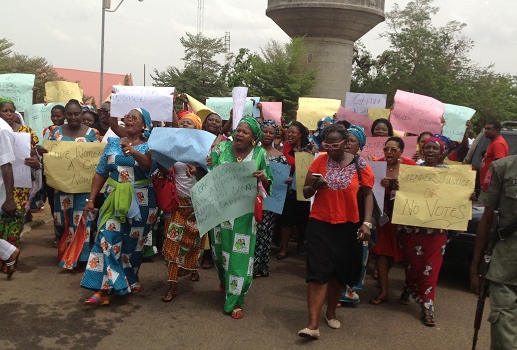 Nigerians on social media called out veteran Nollywood actor, Pete Edochie for saying that feminism was the major cause of domestic violence in marriages.

The actor, while speaking with BBC Igbo blamed ‘modern’ women for lacking the basic requirements to keep their marriages intact, noting that feminism had no place in the Nigerian culture.

Edochie said; “Feminism isn’t something black people are known for. Once a woman leaves her parents to meet her husband and take his surname, she is to be submissive to him. If she wasn’t married, she can do whatever she wants.”

Admonishing women to desist from cultural imperialism, he said;

“To be honest, the understanding of women is low. I’m not a misogynist but I’ve associated with them a lot, even at work. Feminism has no place in our culture.We don’t worship women as the whites do”.

Pete Edochie Is Expressing His Freedom of speech and before you Nutcase Start to Misyarn Okoto, He is not just talking but Talking From experience('what has worked for him), so go have your own experience before Jumping On him with your stewpid wokeness!

I feel y'all just setting Sir Pete Edochie up to be dragged.

Tweeps went sensational on Twitter after a member of the Feminist Coalition, Modupe ‘Moe’ Odele called for women to boycott the platform on April 9th, citing “consistent harassment and pile-ons from misogynistic men”.

The legal practitioner, in the tweet campaigning against alleged Twitter harassment against women, started the hashtag, #StopTwitterHarrassment, arguing that the Twitter had become unstable for women all over the world.

Incase you dey wonder wetin wan happen on the 9th of April.

Me & my Goons coming to Twitter on the 9th of April pic.twitter.com/4xhyPhAHVN

This app will be less toxic on the 9th of April. pic.twitter.com/vXx8bOOmMZ

Me and my guys at the venue on the 9th of April because of protest rice: pic.twitter.com/F2QSXCvCer

Men when a girl comes online on the 9th of April pic.twitter.com/MRE7gk5TME

Me waiting for protest rice on the 9th of April. pic.twitter.com/UfocR0yP6v

Read Also: SocialMediaTrends: More on Buhari’s medical trip & why Tinubu believes Yoruba and Fulani are one

Danladi, who was recently caught on tape violently assaulting a security guard at Banex Plaza in Abuja, had on Tuesday released a statement, profiling those who gathered at the scene of the incident as “Biafra boys”.

Narrating what transpired in the statement reportedly signed by his spokesperson, Ibrahim Al-Hassan, he wrote:

“The altercations started over a parking lot which chairman met vacant, and it was directly opposite a shop where he wanted to make a purchase and to fix his phone. When the young security guard sighted him, he ordered that the chairman should not park his car in that particular space, but when the Chairman asked why, the security guard couldn’t convince the chairman.

“Although the Chairman didn’t identify himself, because to him it was needless and it was a place he visited often, the boy was rude in his approach and threatened to deal with the Chairman if he refused to leave the scene.

“Again, if the Chairman had gone there to cause trouble or intimidate someone, he would have gone there in his full official paraphernalia, but he went there alone with his younger brother.

“The policemen in the video were not the Chairman’s police team, they were policemen operating around the plaza.

“The Maitama police station personnel also came as the few policemen in the complex were apparently overwhelmed by the mobs, consisting of Biafran boys throwing matches and shape object to his car, which led to deep cut and dislocation in one of his fingers, causing damage to his car, and smashing his windscreen.

“At a point he attempted to leave the scene, these same miscreants, Biafran boys, ordered for (sic) the closure of the gate thereby assaulting him before the arrival of the police team from Maitama police station.”

Twitter users, who had vigorously condemned the development as highly unacceptable, called for the immediate sack of the CCT Chairman for the nepotistic comment.

Danladi Umar single-handedly removed a sitting Chief Justice of #Nigeria & appointed his replacement with a stroke of his pen exercised in a #BlackMarket. So, he decided he is a Champion. In reality, he is only one thing, a bandit in suits. He has to go! pic.twitter.com/MFI4bsx8ef

Chairman of the Code of Conduct tribunal refers to citizens as Biafran Boys? This is the height of it!
Justice Danladi Umar needs to be removed from office! He has shown his bias and his position requires neutrality#WeAreAllBiafrans
Full video on https://t.co/3oP3YrcoSr pic.twitter.com/T4bMByiHdg

Danladi Umar, chairman of the Code of Conduct Tribunal was caught on video physically assaulting a security man at Banex Plaza in Abuja saying the guard was “rude”. Then he issues a statement condemning Biafran boys. No decorum, totally unacceptable, he must be sacked.

His aide slapped the security man, asked him to kneel down, before Buhari’s Code of conduct chairman; Justice Danladi Umar stomped on him with his feet; his only “crime” was doing his job at EMAB plaza.
He went ahead to call him and others around “BIAFRA BOYS”.
I want to fight.

All 5 South East Governors are stooges. They are the weakest link.

By now, SW governors would have given Danladi Umar, the Federal Government he serves, 24 hours to retract that statement, & apologize.

Both Ohaneze Ndigbo & the governors of the South East, are useless cowards.

If @MBuhari sacks Danladi Umar for his 'Biafran Boys' rant, I'll publicly renounce my US citizenship.

Mr. Danladi Umar has to quit his position. He lacks the discipline and reputation to lead the Code of Conduct Tribunal (CCT).

CCT is meant to hold public officers to ethical standards and moral rectitude.

The head of the CCT should not be associated with thuggery and bigotry.

The use of Biafran Boys (twice) in the statement by the Code of Conduct Tribunal (CCT) is vile and provocative. It’s basic dog whistling against Igbo people. Danladi Umar, chairman of the CCT should take responsibility for his actions and not deflect with this vile press release.