SpaceX to launch lunar mission funded with crypto. 2 other things and a trivia | Ripples Nigeria 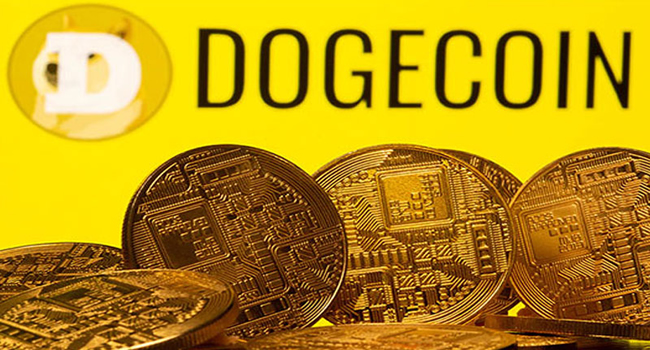 Elon Musk’s company, SpaceX, has announced intent to launch a satellite to the Moon next year funded with proceeds of cryptocurrency Dogecoin.

This was disclosed in a statement made available to journalists on Monday by the Canadian company Geometric Energy Corporation, being the agency that will lead the lunar mission.

According to the Calgary-based company, the satellite, dubbed DOGE-1, will be launched aboard a SpaceX Falcon 9 rocket in the first quarter of 2022.

The statement reads: “The cubic satellite, weighing 88 pounds (40 kilograms), will aim to obtain “lunar-spatial intelligence from sensors and cameras on-board.

“The DOGE-1 Mission to the Moon will be the first-ever commercial lunar payload in history paid entirely with Dogecoin.

“We’re excited to launch DOGE-1 to the Moon! This mission will demonstrate the application of cryptocurrency beyond Earth orbit and set the foundation for interplanetary commerce.”

Meanwhile, the American private space exploration company said it is working to pursue all necessary licenses needed to bring the Starlink Satellite internet services to Nigeria.

Tech Trivia: what is the world’s most popular crypto?

The report, covering the state of Fintech in emerging markets, revealed that there was a significant growth in the numbers of acquisition and equity raisers in Africa.

According to the data report, fintech investment in Africa and other emerging markets has increased during the last five years, with the amount of investment across the regions totalling $23 billion.

However, the report also indicated that there remain shortfalls in demographic representation and the average size of seed deals on the continent.

The report reads in part:

“We were particularly happy to see that the performance of fintech companies in emerging markets remained strong, and grew in terms of users, throughout COVID-19.”

According to Briter Bridges Director, Briter Bridges, who signed the report, the project surveyed 177 startups and 33 investors from across Africa, India, and Latin America.

With existing venture in several West African cities, Gozem is set to launch a taxi booking service in Libreville, Gabon.

3 years ago, the startup launched in Togo as a super app enabling users to hire and order rides from the comfort of their homes.

Not long, Gozem swiftly expanded to Benin and added to its transport offering with auto-rickshaws.

Less than 12 months ago, the startup launched e-commerce delivery services in Lome and Cotonou, allowing users to order items via the app and have them delivered to their doorsteps, as it began the process of becoming an all-inclusive “super app”.

Today, It operates in 10 cities across Togo, Benin, and Gabon, with more than 500,000 registered users who have completed more than 2.5 million trips since its launch in November 2018.

With the new expansion, Gabonese citizens are now able to download the Gozem app, and take trips in the nation’s capital.

Bitcoin, which launched in 2009, is the original and the world’s most popular crypto. Others include litecoin, dogecoin, cardano, polkadot, etc.