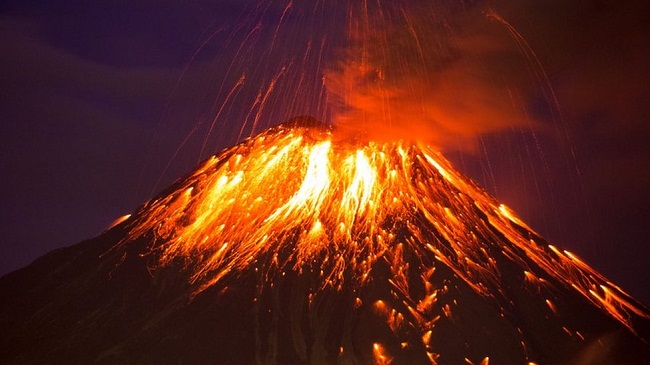 Spain authorities in the Atlantic Ocean island of La Palma, have evacuated thousands of people after a volcano erupted on Sunday, with the lava flows destroying isolated houses and threatening to reach the coast.

The Canary Islands Volcanology Institute reported the initial eruption shortly after 3pm near the southern end of the island, the first of such eruptions since 1971.

The President of the Canary Islands, Víctor Torres, said more than 5,000 people had been evacuated from their homes, most of whom had found family or friends to take them in, while others are being accommodated in shelters.

La Palma, with a population of 85,000, is one of the eight volcanic islands in Spain’s Canary Islands archipelago off Africa’s western coast, about 100km (60 miles) from Morocco.

A 4.2-magnitude earthquake was earlier recorded before the eruption, which took place in an area known as Cabeza de Vaca on the western slope as the ridge descends to the coast.

Shortly after the initial explosion rocked the area, one black lava flow with a burning tip immediately slid towards houses in the village of El Paso.

The region’s Mayor, Sergio Rodríguez, said 300 people who were in immediate danger, were evacuated, with roads closed as authorities urged the curious not to approach the area.

The lava eventually destroyed at least eight houses, according to local officials, causing at least one chalet with a tower to crumble.

Itahiza Dominguez, head of seismology of Spain’s National Geology Institute, told Canary Islands Television that although it was too early to tell how long the eruption would last, prior “eruptions on the Canary Islands lasted weeks or even months.”