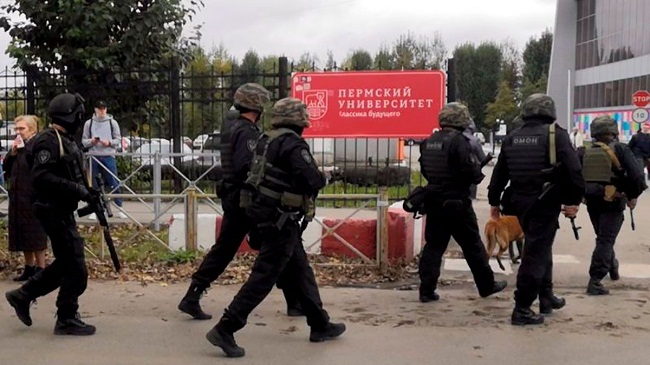 Eight people have been confirmed dead, while several others were injured, in a shooting at a university in the Russian city of Perm on Monday, state media reports.

The suspected shooter was said to have entered the Perm State University campus “with an offensive weapon” and opened fire on Monday morning, the university said on its Telegram channel.

Some students and teachers locked themselves in classrooms during the attack, the university’s press service also said, according to state media agency RIA Novosti.

The suspect, who was later arrested and wounded after resisting law enforcement officers, has been identified as a male, though it was not immediately clear whether he was a student at the university.

Related Topics:Russian University
Up Next