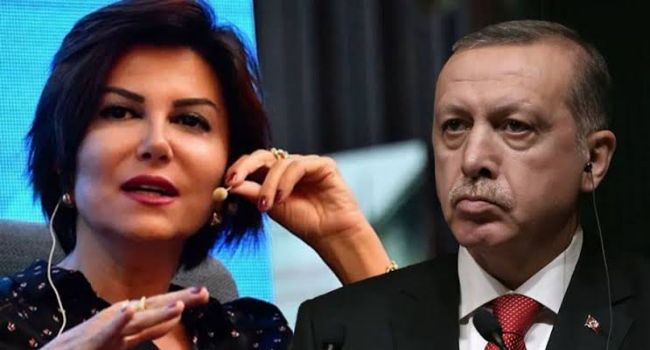 The President of Turkey, Recep Tayyip Erdogan, has vowed to punish a prominent female journalist, Sedef Kabas, for allegedly insulting him on television and on social media.

Erdogan, who is also the leader of Justice and Development Party, while reacting to the incident on Wednesday, promised that Kabas, a well-known television journalist in the country, would not go “unpunished” after she was arrested for allegedly insulting him.

Kabas was arrested at her home on Saturday at around 2:00 am, hours after she aired the alleged offensive comments on national television and then posted them on Twitter to her 900,000 followers.

On January 14, 2022, during a discussion on Erdogan on her popular show, “The Arena of Democracy” on pro-opposition TV channel TELE1, Kabas had said:

“When cattle enters a palace, it does not become king but the palace becomes a stable.”

She later posted the proverb on her Twitter handle which government officials felt was derogatory and an insult to the President.

Erdogan who appeared in an interview programme on private television channel NTV, was asked what he thought of the Kabas comment and he said:

“This offence will not go unpunished. It is our duty to protect the respect of my function, of the presidency.

“It has nothing to do with freedom of expression,” he said.

The Turkish President also slammed a suggestion by the opposition Republican People’s Party that the crime of insulting the president, which carries a jail sentence of one to four years, should be scrapped, saying the call would not make him change his mind.

India is highest employer of labour in Nigeria after govt —Envoy