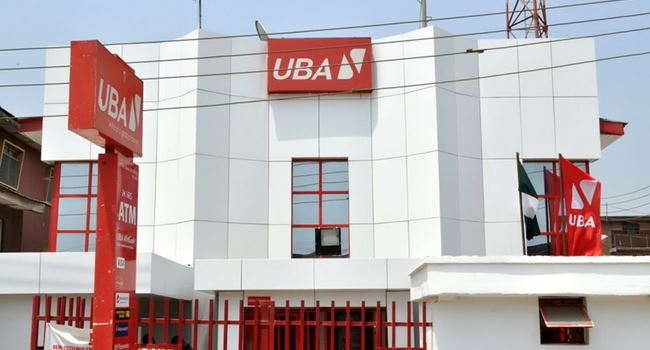 The United Bank for Africa (UBA) Plc has reported a profit before tax of N76.2 billion in the first half of the year.

This represents a 33.4 percent appreciation compared to the N57.1bn recorded in the same period of 2020.

The profit was the highest in the first half of the year, according to the bank’s result filed with the Nigerian Exchange.

The result also showed the bank’s gross earnings grew 5.0 percent to N316billion from N300.6billion, while total assets rose to N8.3 trillion from N7.7trillion.

Customer Deposits also crossed the N6trillion mark growing by 7.4 percent to N6.1trillion in the period under consideration, compared to N5.7 trillion as at December 2020.

The Group’s Shareholders’ Funds remained robust at N752.5billionn up from N724.1billion in December 2020, reflecting its strong capacity for internal capital generation.

In line with the bank’s culture of paying both interim and final cash dividend, the Board of Directors of UBA Plc has declared an interim dividend of 20kobo per share for every ordinary share of 50kobo each, held by its shareholders.

Reacting to the result, UBA’s Group Managing Director/Chief Executive Officer, Mr. Kennedy Uzoka, expressed delight over the bank’s performance, adding, “This has been a strong first half for us, as global economic recovery exceeded expectations, creating a positive rub-off on consumer and corporate confidence, savings and investment activities”.

Continuing, the GMD pointed out that the bank recognises the far-reaching effects of the pandemic on businesses globally.

Related Topics:ProfitUBAUBA profit
Up Next