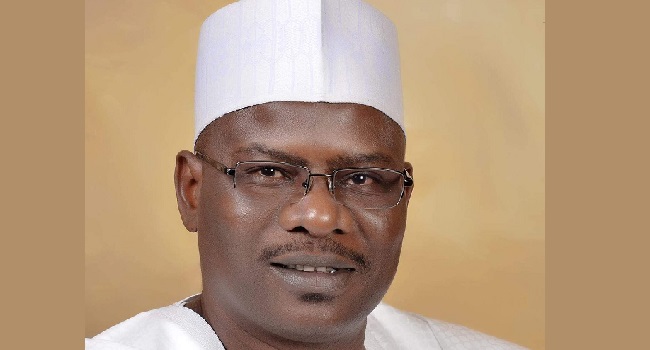 A group under the aegis of the Coalition of Northern Groups (CNG) has called the incarceration of Senator Ali Ndume as evidence of bias and a “planned caging of politicians of Northern extraction as the 2023 elections gather momentum.”

The group led by one Nastura Sheriff, while reacting to the court order remanding Ndume in Kuje Prison due to his failure to produce the former Chairman of the defunct Pension Reform Task Team (PRTT) Abdurasheed Maina, wondered why the same treatment is not meted out to Senator Enynnanya Abaribe and former Senate President, Ike Ekwerenmadu, who stood as sureties for the leader of the Indigenous People of Biafra, Nnamdi Kanu.

In a statement signed by the CNG’s Secretary General, Abdulaziz Suleiman, the group said the detention of Ndume was a dubious illegality under the law as well as in practice.

They noted the “dangerous precedent set by the obvious biase ruling of the court that ordered the Senator’s detention.”

“The evidence of bias is apparent in the order for Ndume’s detention while Senator Abaribe, former Deputy Senate President Ekweremmadu and others who stood as sureties for Nnamdi Kanu who was standing trial for treason, were not ordered to forfeit the bail terms or sent to prison,” the statement reads.

“This order further confirms the concerns for an entrenched moral corruption in the nation’s criminal justice administration system that is twisted to suit certain sectional interests of judges.

“Otherwise, there is no justification whatsoever, that a court, presumably the temple of justice, applying same laws differently on citizens of the same country based on ethnic or sectional favours.

“The CNG frowns at the unprofessional impunity displayed by some judges, and we want to remind the nation’s justice administrators that the law will fail to protect the society if it allows fanciful considerations to deflect the course of justice.

“There is nothing more biased than a situation where people of certain sections are not called to forfeit bail bonds or sent to jail for standing sureties to the leader of a terrorist group who also jumped bail, while enforcing same on another person who stood surety for a financial offender, just because he comes from an unfavoured section of the same country.”

Amid recession Nigeria’s economy doing better than others —Lai Mohammed