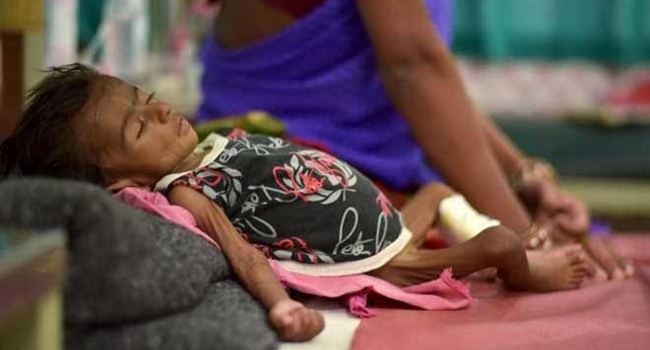 At least 162,000 Nigerian children died from pneumonia in 2018, which was the highest in the world per country, the United Nations Children’s Fund (UNICEF) has said.

The United Nations agency revealed this in a new report released on Monday, claiming that Pneumonia kills more children globally than any other infection.

“Pneumonia claimed the lives of more than 800,000 children under the age of five last year globally, or one child every 39 seconds. Nigerian children made up the highest number of those who died, with an estimated 162,000 deaths in 2018 – 443 deaths per day or 18 every hour.

“In Nigeria, 19 percent of child deaths were due to pneumonia in 2018, and it was the biggest killer of children under-five in 2017,” the UN body said.

According to the Acting UNICEF representative in Nigeria, Pernille Ironside, the biggest risk factors for child pneumonia deaths in Nigeria were malnutrition, indoor air pollution from the use of solid fuels and outdoor air pollution.

She said the most global child pneumonia deaths occurred among children under the age of two and almost 153,000 within the first month of life.

Ironside said: “Pneumonia is caused by bacteria, viruses or fungi, and leaves children fighting for breath as their lungs fill with pus and fluid. More children under the age of five died from the disease in 2018 than from any other. 437,000 children under five died due to diarrhea and 272,000 to malaria.

“Just five countries were responsible for more than half of child pneumonia deaths: Nigeria (162,000), India (127,000), Pakistan (58,000), DR Congo (40,000) and Ethiopia (32,000). Children with immune systems weakened by other infections like HIV or by malnutrition, and those living in areas with high levels of air pollution and unsafe water, are at far greater risk.”

She, however, explained that the disease could be prevented with vaccines, and could easily be treated with low-cost antibiotics if properly diagnosed.

2-time minister, Buhari’s long-standing ally and 8 other things you may not know about the late Prof. Tam David-West