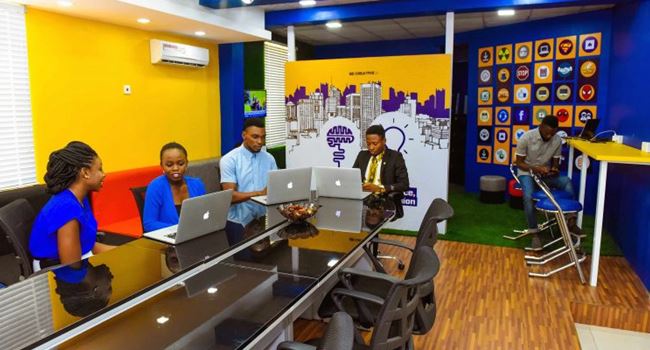 While the economy in 2019 was experiencing  fluctuations in both capital and money markets, the tech space, as another robust business enclave, witnessed significant growth year on year bases.

The encouraging development within the space seems to place Nigeria at an advantage in Africa. Not only did the year record an increase in funding from venture capitalists, notable global tech leaders honoured the country by their august business trips -the recent by Jack Ma and Jack Dorsey is a testimony to this.

Despite political unrest, Nigeria was able to scale its tech-end to become a competitive sector in the overall economy basket. Here is our tech-roundup, highlighting some of the events and ground-breaking moments within the tech ecosystem in 2019.

Startups and the Fintech dominance

2019 was quite eventful -it saw the emergence of new players, the growth of existing players and the crash of some unfortunate ones. While some managed to record a breakthrough, some shrank due to the heat of competition and the aftermath of unfavourable market and economic policies.

2019 seems rosy for the likes of Opay, Bolt and interswitch as they leveraged market dynamics to see to their expansion and growth. Largely, 2019 seems to be a year for Fintech(s) as its news topped headlines through out the year.

Fundings and the Chinese aggression

Like never before, 2019 saw more investments. The overall grants and funding rounds jumped. Mastercard, Foundation Capital, OLX Group and Generation Investment made the list as some of the 2019 investors.

The extent to how this development grew gave one the impression that Nigeria is the new direction of global investors, most especially, the Chinese money bags.

While the Nigerian population stats could have been one of the convincing points to have won their hearts, there are indications that Chinese investors attempted to look away from the U.S who entered into a trade war with their country. Invariably, Nigeria is benefiting from the trade war as it is fast becoming an alternative market for the Chinese.

Stats on funding raised in 2019 indicates a rapid growth in the amount dedicated to support startups in the year.

Find below a list of some of the biggest funding of the year:

Like the case with Access Bank and Diamond Bank where the former acquired the later to become the largest bank in Africa by assets, loans, deposits and bank branches; 2019 saw some tech startups play in the sphere of merger and acquisition.

Seyi, who was before then managing an outdoor advertising company predominantly scaling on street light poles and few bill boards, through the acquisition pushed his Loatsad Promomedia company forward to own up more sites and thus increased its market opportunities.

In the same vein, Jumia Travel got sold to Travelstart as the latter seems to be shrinking gradually.

For obvious market drawbacks, Jumia is not displaying much business interest as it keeps shutting down its operations in different countries, like the November Rwanda shut down and that of Tanzania that followed. 2019, perhaps, wasn’t for Jumia.

Although, competition is considered as a healthy business feature, 2019 saw a significant number of competitions take centre stage.

From the bike-hailing business to the car-hailing players, we saw different forms of market investments that threatened co-market players. When Opay launched OCar, it was easy to understand that Bolt and Uber would become Opay’s competitors. Such vertical launch and investments constituted the tech business lineups in 2019.

Today, Oride is dominating a space where Gokada and Max were once key players. For Fintech(s), the everyday emergence of new players nearly became an everyday affair.

Through out the year, there was always something new. From funding announcements to expansion. Interswitch, Opay, Migo, Flutterwave, Paystack, Carbon (Paylater): they all made the news countless times.

While Nigeria is a good place for all of these platforms to do business, they have, in turn, contributed to the country by pushing its name out there in good light.

No doubt, 2019 has been a good year as far as the tech space is concerned. The giant leap recorded gives a good note to anticipate a richer 2020, and demonstrates how the future might be for tech.

It is for this reason that the government must consider investing adequately in funding tech infrastructures to enable more tech breakthroughs in the coming year.