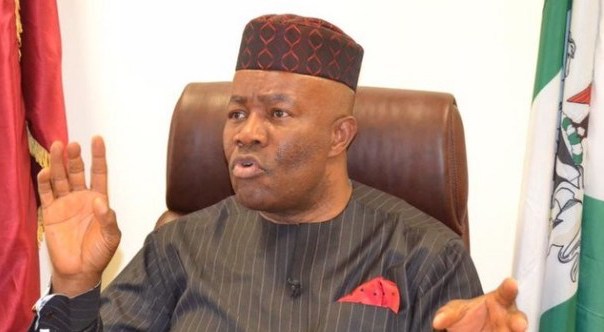 Minister for Niger Delta Affairs, Godswill Akpabio on Monday told the House of Representatives that about sixty per cent of contracts at the Niger Delta Development Commission (NDDC) were awarded to members of the National Assembly.

He stated this while being grilled by the House of Representatives Committee probing alleged malfeasance at the NDDC.

He said, “Most of the contracts in NDDC are given out to members of the National Assembly.”

After the comment led to a heated dialogue between him and a committee member, Akpabio said he was misunderstood. He added that contracts were not given to the committee chairman, Olubunmi Tunji-Ojo.

He said, “I don’t think the NDDC has given any contract directly to Honorable Ojo.”

Thomas Ereyi-Tobi, the deputy chairman of the committee, hurriedly dismissed Akpabio and ended the session.

After Akpabio’s session Kolawole Johnson, the Head of Research at the Act for Positive Transformation Initiatives, a Non-Governmental Organisation (NGO) took an oath and was asked to give his statement in five minutes.

He told the committee that the NDDC spent N19.6 billion between June 1 and July 17.

Following a request for adjournment, the committee adjourned the probe indefinitely.

Related Topics:Akpabionddcniger delta
Up Next

90% of bandits, kidnappers are Nigerians —Buratai