ACF disagrees with Obasanjo over comment on Buhari | Ripples Nigeria

Home » Politics » ACF disagrees with Obasanjo over comment on Buhari 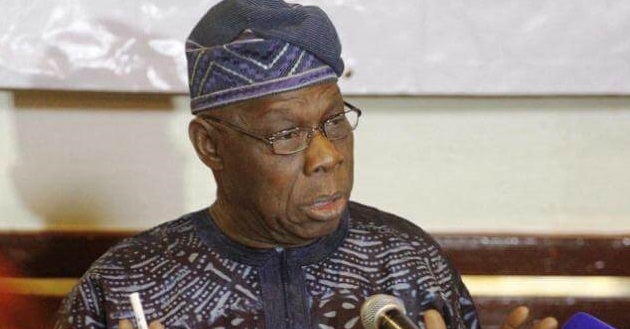 Following a comment that President Muhammadu Buhari’s government is imbalanced in terms of appointment, Arewa Consultative Forum (ACF) has carpeted former President Olusegun Obasanjo that his comment was not out of good construction.

Recall that Obasanjo had asserted that there is imbalance in the governance structure of the country, saying President Muhammadu Buhari’s administration is driving the country towards “disaster and instability”.

However, in a reaction on Wednesday in Kaduna, the Secretary General of ACF, Mr. Anthony Sani, said: “As regards the complaint by the former President Obasanjo, I wish to observe that all the posts in the nation’s governance structure except that of acting Chief Justice of Nigeria are elected positions which cannot be tampered with by the president, considering democracy is majority rule.

“Is the former president expecting President Buhari to ignore the choices of the electorate? Or is he expecting the president to jettison the place of seniority in the favour of political consideration? That would be unhelpful.

On the emergence of Lawan and Gbajabiamila as Senate President and Speaker of House of Representatives respectively, Sani said their respective victories have shown that APC is now in charge of its affairs.

He said, “the PDP has recognised its place in the order of things in the current dispensation as a minority party, which is not expected to preside over the majority.

Read also: ‘Abiola smiling in his grave’ thanks to Buhari ‘the real Daniel come to judgment’- Abiola’s Ex-aide

In multi-party democracy, there is the imperative for motivation through reward for hard work, albeit there are times when Danegeld theory of rewards for bad behaviour also comes into play. But this is very rare.”

“This takes care of inclusion and promotion of sense of belonging among constituents that can be helped through affirmative actions applied for the disadvantaged whose circumstances of birth are not of their choice,“ he said.

Going further, he said, “the PDP has recognised its place in the order of things in the current dispensation as a minority party, which is not expected to preside over the majority.

This is good development in multi-party democracy. The electoral mandate has been given to the APC which would be accountable to the electorate while the opposition party should content itself with providing a viable opposition as alternative platform for Nigerians, since democracy without viable opposition is a sham.

“Now that the majority has had its way, Nigerians do not expect duplicity and perfidy, which characterised the immediate past dispensation.

“What we expect is for the leadership of both the executive and legislative arms of government to come together and unleash their synergy against collective challenges for the good of all,” he added.