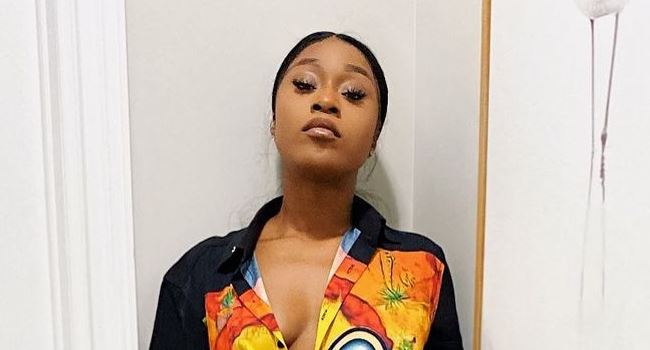 Ghanaian actress, Efia Odo has spoken about the ongoing ‘Fix the Country’ protest in her home nation, Ghana.

She spoke in a recent interview with British Broadcasting Corporation (BBC)

Efia Odo, who is one of the most popular actresses to emerge from Ghana held nothing back during the session as she revealed how the government has failed to nurture the wellbeing of its citizens.

The actress mentioned that the level of poverty and unemployment in the country has led several people to indulge in crime and immoral activities; especially prostitution for women.

She noted that the creation of well-paying jobs will help reduce the number of people engaged in prostitution in the country.

“I feel like if there are more jobs and well-paid jobs a lot of things will decrease,” she told BBC in Accra.

Efia Odo said some film actresses have had to sleep with men in exchange for money to afford their lifestyle but she sees nothing wrong with it.

“Some of them sleep around. Even if they sleep with politicians and men for money, how does that concern you? Or anybody? We are all trying to eat and survive.”

Actress, Stella Damasus, reveals she was molested at age of 8