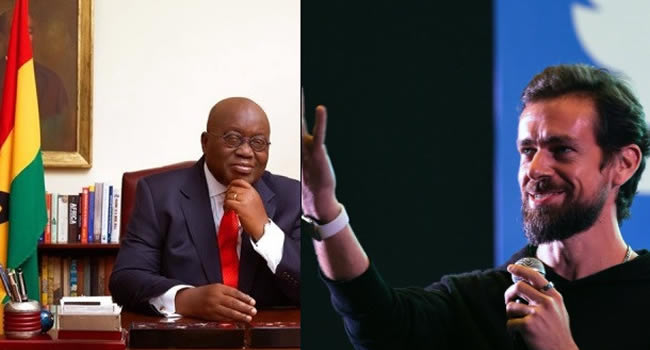 As the ambition to establish the Twitter African headquarters in Ghana reaches new heights, Co-Founder and CEO of Twitter, Jack Dorsey, is expected to land in Ghana in the coming weeks.

The CEO will be embarking on the business trip, that will last for 6 months, to put things in shape as the West Africa country prepares to home the company’s facility.

Minister of Communications and Digitalisation, Ursula Owusu-Ekuful, who confirmed the development to journalists in Accra noted that the Twitter boss will seize the opportunity to visit other African countries.

According to Ursula, Ghana’s appreciable infrastructure and quality of youngsters, who she described as knowledgeable, will fascinate the Twitter team.

She said: “Jack will be based in Accra, so this will be his base while he visits the other countries on the continent and I am hoping that his friends would also follow him and see what he finds so special about Accra,” she told show host Kojo Mensah.

“And they will enjoy it and love it here so that their businesses will also follow them here because when they see the fine country we have, and the very knowledgeable young people, excited about the opportunity and will take advantage of it.”

Tech Trivia: What African country is renowned for buying the highest numbers of cars annually?

The announcement was made on Tuesday by Mark Zuckerberg via a statement published on his personal Facebook handle.

Workplace is a communication tool that connects everyone in a company, even if they’re working remotely.

According to the American tech leader, the Workplace product has crossed the 7 million user margin, citing how the product grew from a simple personal product to a public offering.

“We built Workplace as an internal version of Facebook to run our own company, and it was so useful we started letting other organizations use it too, including everyone from Spotify to Starbucks to the World Health Organization.

“More companies are starting to use our virtual reality tools for work as well, and I’m excited to build more new ways for people to work together that weren’t possible before.”

While Slack, Microsoft Teams, Skype and other leading business communication products might have dominated the space, Facebook’s Workplace is another competitor to watch out for in years ahead.

Lami, a Kenya-based B2B and B2B2C insurance-as-a-service platform, has closed a US$1.8 million in seed funding.

The fund is expected to enhance the capabilities of its offering as it looks to expand across Africa.

Lami was founded by Jihan Abass in 2018 as a digital insurance platform that enables partner businesses – including banks, tech companies, and other entities – to easily and seamlessly offer digital insurance products to their users via its API.

Recall that Ripples Nigeria, in March, had reported the launch of the startup as a venture looking to digitise the entire insurance value chain end-to-end.

Also earlier this year, the startup was chosen by Catalyst Fund as part of the eighth cohort of its inclusive fintech accelerator.

Nigeria is the number one car buyer in Africa, with an average of 70,000 vehicles sold there annually. This can be attributed to the growth of the art and entertainment industry there, possibly the best in Africa.