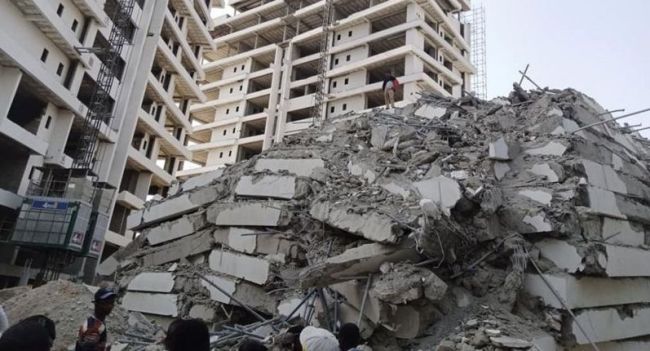 The Lagos State Building Control Agency (LASBCA) told a coroner sitting in Ikeja on Friday that its officials who had gone to inspect the ill-fated 21-story building were scared off by the owner, Femi Osibona who threatened to release dogs on them.

The 21-storey building, which was under construction on Gerrard road, Ikoyi, collapsed on November 1, 2021, killing over 45 people.

The LASBCA’s Assistant Director, Inspectorate of Quality Control, Mrs Oluseun Randle, told the coroner that the Managing Director of Fourscore Heights Ltd, late Femi Osibona, who owned the ill-fated building, denied its officials access to the building site for inspection as he threatened to unleash vicious dogs on them.

Randle, who is the officer overseeing Eti-Osa, Victoria, Island, Surulere, Yaba, Lagos Mainland and Ikoyi, conceded that one of LASBCA’s main mandates was to identify non-conforming buildings and mark them for removal.

However, she stated that the ‘Stop work order’ served by one of its officials could not be implemented because of the threat by Osibona.

While being cross-examined by counsel for Prowess Engineering Nigeria Ltd, Mr Ola Adeosun, Randle said, “An officer first visited on February 13, 2019. He peered through a small opening in the gate and observed piling equipment.

“He moved closer to observe the piling operation and to gain access to the premises. The security operatives manning the premises did not allow him entry.

“He was only asked to wait outside of the gate for the developer (Osibona). After some minutes, the developer came and the officer told him he wanted to serve a notice.

“He (Osibona) told him that he could not go in and if he tried to forcefully gain entry, he would tell the security to release dogs.

“The monitoring officer served a Contravention Notice and Stop-Work Order dated February 13, 2019 on the structure. The notice and order is to be complied with within 48-hours”, she stated.