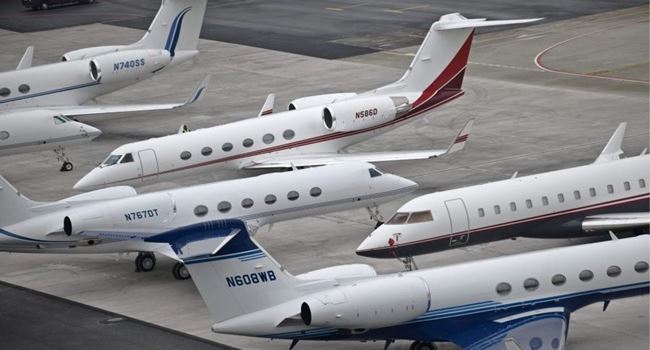 Following threats to stop operations, the Nigerian National Petroleum Company (NNPC) Limited has negotiated an arrangement with Airline Operators of Nigeria (AON) to subsidize flights for the next three months.

This follows intervention from the House of Representatives on Monday to resolve the crisis trailing the aviation fuel price increase.

The deal will see NNPC supply Jet-A1 to marketers nominated by airline operators for a period of three months at N480 per litre, pending when the carriers would be granted licences to import the commodity.

Last week, the AON complained that the already deregulated aviation fuel price had jumped from N190 to N700 per litre, and that the government’s insistence on restricting airline tickets was impacting operations.

During the meeting presided over by speaker of the House, Femi Gbajabiamila; and Deputy Speaker, Ahmed Wase with the Governor of the Central Bank of Nigeria, Godwin Emefiele; and the Group Managing Director, Nigerian National Petroleum Company Limited, Mele Kyari, among others in attendance it was agreed that fuel will be subsidized and the airlines should suspend their strike action.

Gbajabiamila in his remark said the stakeholders had reached a four-point agreement, following their meeting with the airlines.

Firstly he said, the carriers had agreed to call off the proposed withdrawal of services.

The Speaker said in part, “Two, NNPC and the airline operators have both agreed that in the interim – for three months, your (AON’s) marketers of choice, that you are comfortable with, that you know their price would not drive you out of business, would be supplied with jet fuel.

“The third resolution is that in the mid-term to long-term, in fact right now, you will begin or commence the process of applying for your license to be able to import your own jet fuel, so that it will remove middleman or the vagrancies of it; you will know the landing cost and how it will assist you in your business.

“According to the CBN governor, there are six million litres available now at N480. You will get an allocation in the next three months through the companies (marketers) that you have nominated so that you would not come back and say jet fuel is now a certain amount and it is the fault of the NNPC. You have nominated those people that are selling to you.”

Gbajabiamila added, “And in the process of applying for their licence, Midstream would as much as possible grant as many waivers as possible that do not touch on security and safety.”

The meeting also agreed that the House Committee on Aviation should be part of the further talks between oil regulators, aviation regulators and the airline operators.