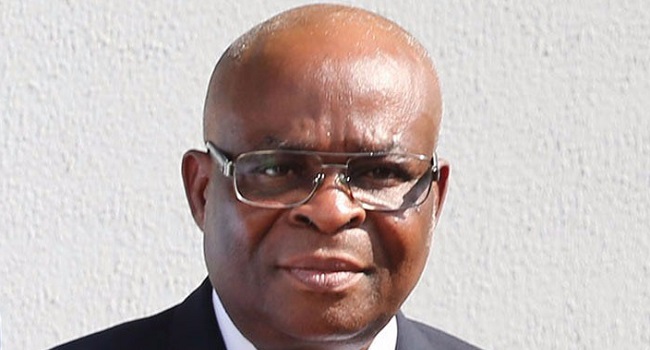 The former Chief Justice of Nigeria (CJN), Justice Walter Onnoghen who was removed from office on January 26, 2019, has lamented the fact that he was fired without anyone telling him what his offence was.

Justice Onnoghen who clocked 70 on Tuesday, December 22, said he would have retired on the same day if he had been allowed to see out his tenure.

At a dinner organized by friends and associates in his honour at his Asokoro home in Abuja on Wednesday, December 23, Onnoghen expressed his surprise on his sudden removal from office, accusing some personalities in the Presidency for his sack.

Though he refused to name those involved in his sack, Onnoghen said he has forgiven them and has moved on with his life.

“I am still surprised I was removed from office because no one told me what my offence was. Even till this moment, I don’t know what I did to warrant that embarrassment,” Onnoghen said.

“How can you just wake up one morning and they say you have been removed from office? Nobody is ready to tell you anything, all everybody was just saying is resign, resign. What have I done?”

Onnoghen also commended his legal team that defended him during his travails and maintained that he lived an upright life throughout his career as a judicial officer.

He further complained that some of his close associates have abandoned him since his controversial removal from office.

Onnoghen was forced to resign from office as the CJN following an ex-parte order issued by the Code of Conduct Tribunal which forced President Muhammadu Buhari to suspend him from office and was replaced with the incumbent CJN, Justice Tanko Muhammad in acting capacity before he was officially confirmed.