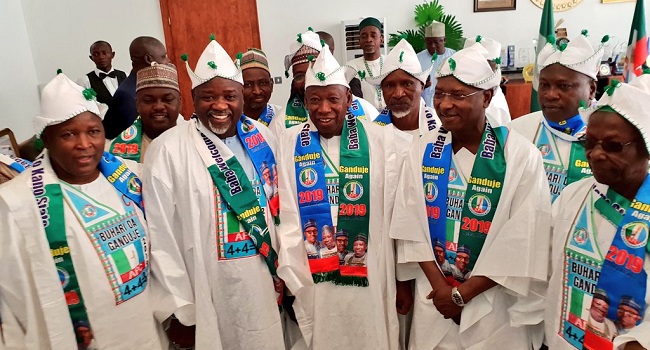 The Peoples Democratic Party, PDP, has demanded investigation into the presence of Issa Moussa, Governor of Zinder and his counterpart from Maradi, Zakiri Uma both from Niger Republic, at the presidential campaign of President Muhammadu Buhari in Kano on Thursday.

The spokesperson of the party, Kola Ologbondiyan who spoke at the presidential campaign headquarters of the party in Abuja, expressed fears that the All Progressives Congress (APC) had already opened the room for the importation of foreign forces to influence the election.

The party requested the nation’s security agencies to investigate the development.

He said, “The PDP demands an urgent and thorough investigation into the circumstances leading to the presence of politicians and thugs from Niger Republic at the APC presidential rally in Kano on Thursday.

“Our security agencies must immediately investigate and lay in the public domain the circumstances leading to their presence, which more or less confirms that the APC has lost all domestic credibility and has assumed a desperate mode.

“The APC and the Presidency must immediately explain the roles being played by Issa Moussa, Governor of Zinder and his counterpart from Maradi, Zakiri Umar both of the Niger Republic, who were sighted decked in the attires and official logos of the APC, in our political affairs,” the party stated.

“For a nation contending with insurgency and banditry, the involvement of mercenaries from neighboring countries in the APC rally must be condemned by all and sundry.

“This is particularly against the backdrop of claims by President Buhari that killer herdsmen ravaging our nation are mercenaries who are infiltrating from the Sahel region.”

The party alleged that the APC is currently securing accommodation for more foreigners from Niger Republic as part of its desperation in winning the election.

“Some armed mercenaries from the Niger Republic have been contracted to attack top government functionaries, including state governors, across the North-west between now and the elections.”