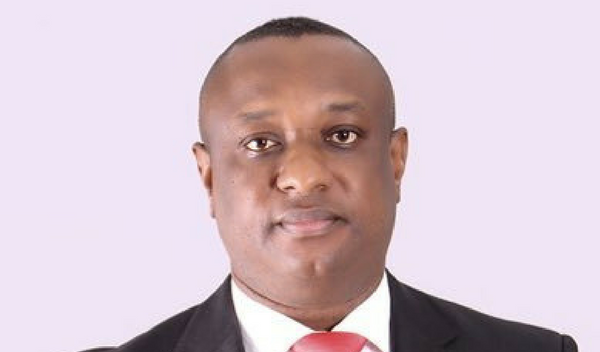 The spokesman for the All Progressives Congress (APC) Presidential Campaign Council, Festus Keyamo, on Tuesday, dismissed the claim of an alliance between the party’s presidential candidate, Asiwaju Bola Ahmed Tinubu, a whistleblower, Michael Achimugu.

Achimugu, who reportedly worked with the Peoples Democratic Party (PDP) presidential candidate, Atiku Abubakar, had alleged that the former Vice President used some companies for money laundering from 1999 to 2007.

Keyamo on Monday demanded the PDP presidential candidate’s arrest and interrogation by the Economic and Financial Crimes Commission (EFCC) and Independent Corrupt Practices and other Related Offences Commission (ICPC) for alleged corruption.

However, in a statement issued by its spokesman, Dino Melaye, the PDP campaign council described Tinubu as a criminal who is unfit for the country’s presidency.

The council accused Tinubu and his party of working with the whistle blower to bring down the former Vice President.

READ ALSO: ‘Atiku and Obasanjo fought over the use of PTF money to purchase cars for girlfriends,’ Tinubu claims at APC rally

“I am going to court and so, if they wish this thing away, it will not go away, I will continue…I do this under three capacities; I’m a member of the inner bar; secondly, I’m an ordinary concerned Nigerian, who has the right to bring perpetrators of crimes to book.

“Thirdly, even before I was minister, I was an active prosecutor for the EFCC for more than 15 years so I have a duty to help them follow up on whistleblowers.

“I’m proceeding to court. And if Asiwaju says, ‘Festus you’re diverting from my campaign, just campaign for me.’ I will say take your campaign because this is national interest. I have taken it personal.”

Senate tasks INEC on credible elections despite attack on facilities