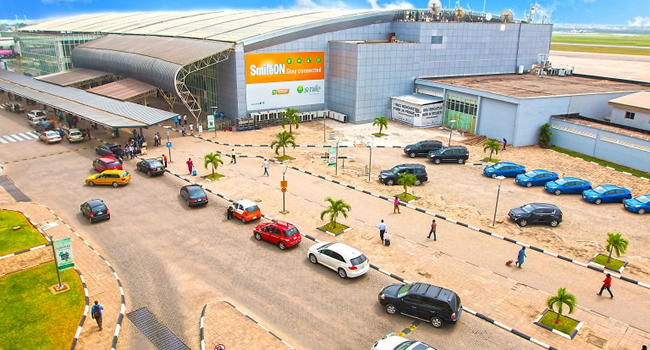 Against the backdrop of reports over a N14bn debt owed to the Federal Airports Authority of Nigeria (FAAN) Bi-Courtney Aviation Services Limited (BASL) the operator of Murtala Muhammed Airport, Lagos Terminal Two (MMA2) has issued a disclaimer over the allegations.

Ripples Nigeria had reported that Minister of Aviation, Hadi Sirika, at the weekly ministerial briefing, on Thursday, said Bi-Courtney Aviation Services Limited (BASL) and Arik Airline are in the pole positions of debtors to various aviation agencies.

The Minister said the debt had climbed to N37 billion and a source of worry for the agencies and service providers to the sector. He said the government had deployed a great deal of discretion in handling the situation, vowing, however, that the authorities would not hesitate to go after the debtors.

“So, this brings to the question of the money owed to the parastatals. Bi-Courtney owes about N14 billion as at the last count. It has not paid a single dime since the time it started to run the terminal building. And we have not ceased giving him electricity, water, fire cover, and so on. He hasn’t paid a dime for 13 years.

However, in a statement by its Spokesman, Mikail Mumuni, the company said it is the federal government agency instead that owes it.

“On the contrary, it is FAAN that owes Bi-Courtney over N200bn by depriving it of its legitimate earnings over the past 14 years,” the statement read in part.

The company accused FAAN of opening and operating the General Aviation Terminal (GAT) thus competing with it in the running of the Domestic Terminal, which it said, is a flagrant breach of the concession agreement.

“BASL in line with the dispute resolution process contained in the agreement had an arbitration award in its favour. It also got the judgement of a High Court, six Court of Appeal judgements and a Supreme Court judgement, all in its favour and sustained the monetary award,” Mumuni said.

Mumuni stressed that the courts ruled that any debt that may be alleged against BASL by FAAN should be deducted from the credit judgement after due verification.

He also said the figure quoted by the minister is “totally inconsistent” with FAAN’s demand from the company.

“Their last demand was about N1bn which was promptly responded to by BASL stating categorically that there was no such debt,” he stated.

“We believe that the Minister was not properly briefed by FAAN as we also pay our electricity bills as and when due. We equally provide elaborate security at the Terminal which has continued to attract commendation from stakeholders.”

Related Topics:Bi-CourtneyDebtFAANHadi Sirika
Up Next

Enugu gets $50m in grants to end water scarcity