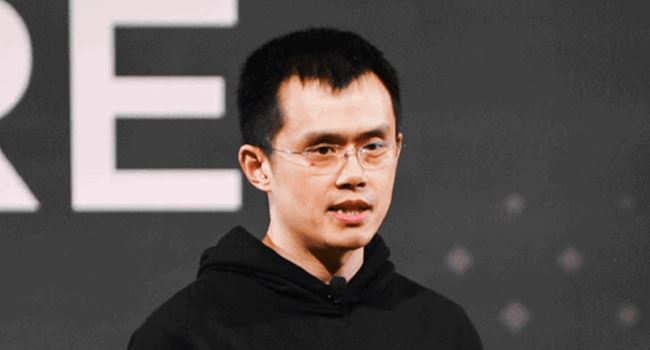 Changpeng Zhao, the founder of cryptocurrency exchange, Binance, has defended the creation of new bitcoins which some crypto-critic believe will reduce the value of bitcoin price and hurt the investment of bitcoin holders.

Zhao said bitcoin holders do not become poorer or lose value automatically due to creation of new coins which occurs everyday. According to him, the same applies to Binance coins (BNB).

His statement came at a period bitcoin is losing value, as unknown holders begin to dump their Holdings following the bitcoin price bubble which began since second half of 2020 till first quarter of 2021.

While commenting on the creation of new bitcoins and impact on bitcoin price value, Zhao said on his Twitter account, “If you hold #BTC (or #BNB). They are limited supply.

“Yes, many new coins are created daily, but you do not become poorer just because of that, as you don’t hold those new coins, and no one is forcing you to hold them, unlike fiat. Big difference.

“Just because a new coin is created, does not mean #BTC automatically lose value. The new coin has to get adoption and usage. And in most cases, a new coin that has adoption adds to the value for #BTC and other crypto, as new use cases expands the industry.

“To think a new coin takes value away from existing ones shows a finite mindset. It’s like saying whenever a new company is formed, Telsa or Google or Bridgewater loses value. That’s not the case. The world is not finite. Value is can be created by more/new use cases.”

Meanwhile, bitcoin has been plunging in value since Monday, when bitcoin holders lost about $10,000 in value. Ripples Nigeria had reported prior before the depreciation that bitcoin was going to crash in value following the prolonged price bubble.

Hours later, bitcoin lost about $10,000 just when it was close to $60,000 having reached above $58,000. The momentum could not be sustained as some investors protected their profit against a possible large dump.

After trading around $47,000 at some point on Monday, bitcoin rallied back to about $53,000 as existing holders’ confidence remained strong, but as at last checked by Ripples Nigeria on Paxful, another bitcoin exchange, bitcoin current price was $47,964.91.

This means bitcoin has lost about $5,000 in value on Tuesday. Bitcoin price valuation has been projected to hit $60,000 and $100,000, but before then, bitcoin will crash several times, and holders, especially small holders, need to read the market to know when to sell to avoid being the last fool.