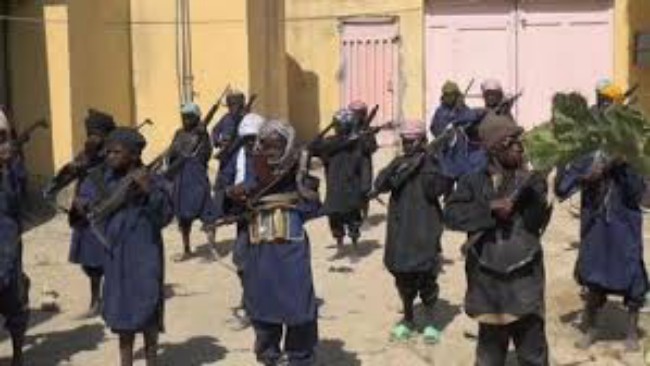 In commemoration of the International Day Against the Use of Child Soldiers, the Civilian Joint Task Force (CJTF) in Borno State said it has stopped recruitment of child soldiers, while also announcing the disengagement of 2,203 children within the task force.

The Commander of the CJTF, Abati Isa, at a the commemoration ceremony in Maiduguri on Monday, said the decision was in compliance with the United Nations convention against the use of child soldiers.

The CJTF, which was established by the Borno state government in 2013, was reportedly listed in a report on Children and Armed Conflict by the United Nations Children’s Fund in April, 2016.

Meanwhile, the commander stated that the taskforce had been able to stop recruitment of child solders, hailing the state Ministry of Justice and the UNICEF for their roles in the initiative.

He said, “The CJTF was listed in the annexes of the Secretary-General’s Report on Children and Armed Conflict in April 2016 for child recruitment and use.

“However, in September 2017, the Country Task Force on Monitoring and Reporting, in collaboration with UNICEF and other partners, signed an Action Plan with the CJTF to put an end to child recruitment and use.

“Following that, the CJTF, with the support of the CTFMR and the Borno State Ministry of Justice took significant steps to put an end to this practice.

“Significant progress has been made by the CJTF in implementing the Action Plan, including standing orders to all commanders and their sectors to stop recruiting children and the separation of 2,203 children (363 girls, 1,840 boys) from the group’s rank and file.

“As a result of this significant achievement, the Secretary-General has delisted the group from the annexes of the Secretary-Annual General’s Report on CAAC.

Isa also added that child protection units had been established in all sectors of the CJTF to ensure full compliance.

“Today, I add my voice to the call for all conflict parties to stop recruiting and using children. Millions of thanks to the Ministry of Justice and UNICEF for supporting the initiative,” Isa said.

Gambo said the government assured that it was collaborating with its partners to ensure children’s protection from exploitation and re-recruitment.

“In order to prevent the recruitment of child soldiers and ensure their demobilisation and reintegration, birth registration is being promoted, especially among IDPs children who are being resettled in their ancestral homes.

“The Government has also put in place a strategy to protect children formerly associated with armed groups from retribution, summary execution, arbitrary detention, torture and other punitive measures, in accordance with the Convention on the Rights of the Child and international juvenile justice standards,” Gambo said.