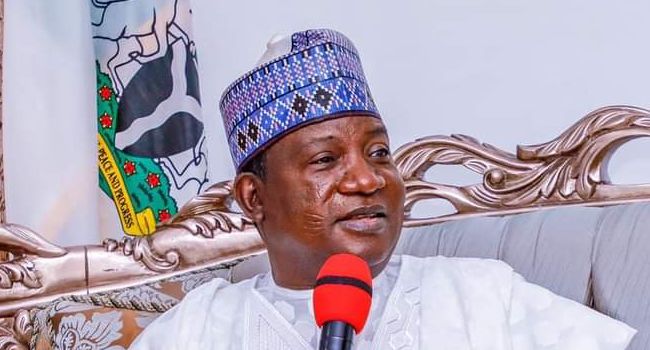 The All Progressives Congress (APC) may settle for five aspirants from among whom to pick a consensus candidate as its flag bearer for the 2023 presidential elections.

Chairman of the Progressives Governors forum, Governor Simon Lalong of Plateau State stated this on Tuesday during a phone in interview on Channels TV.

He stated that the northern governors on the platform of the APC, and the party’s National Working Committee (NWC) had recommended five aspirants from which the party should pick a consensus candidate.

Lalong’s hint at the possibility of a consensus candidate, comes amid continued intrigues that have plagued the ruling party in the buildup to its national convention in Abuja.

Lalong noted that the forum’s decision is in keeping with the demand of President Muhammadu Buhari.

The governor dismissed the claim that Ahmad Lawan was considered as the party’s consensus candidate, adding that consultations were still ongoing.

“Yesterday, in line with the decision of the president, we at the Governors’ Forum narrowed the aspirants to five based on our discretion that those five have contributed immensely to the development of the party.

“It must be clarified that we were not particular about any of the aspirants. What the National Working Committee did was to score all the aspirants, and we believe that all of them have equal chances of being selected.

“The idea is we are comfortable with anyone that is eventually picked. Up till this morning, we are still consulting. We have asked these five to meet within themselves and agree on one. If that happens, we are not going into the primary.”