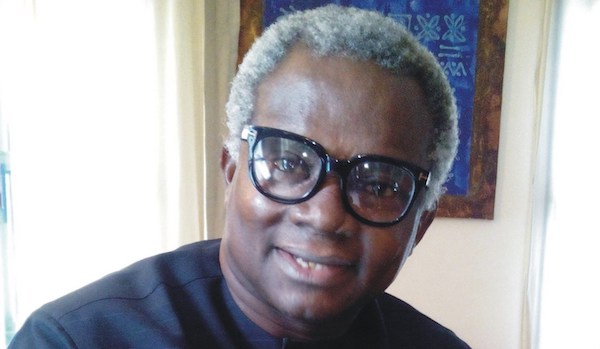 Osita Okechukwu, a senior member of the ruling All Progressives Congress, has praised the ten Northern governors who backed the zoning of the APC presidential ticket to the south.

The Director General of Voice of Nigeria (VON) while praising their decision as patriotic, stated that it was more noble than the ‘Cash and Carry’ triumph of the Peoples Democratic Party’s (PDP) presidential candidate, Atiku Abubakar.

Okechukwu praised the party’s northern governors and senior leaders for strengthening Nigeria’s unity by endorsing the power transition to the south in a statement released on Sunday.

He said, “Nigerians have now seen that the Dollar Rain, cash and carry primary that produced His Excellency, Alhaji Atiku Abubakar as the PDP presidential candidate was a pyrrhic victory that has nothing in store for the new Nigerian of our dreams.

“I am inclined to believe that Atiku’s victory is pyrrhic going by Greek mythology, and may not lead to ultimate victory, especially with the patriotic stance of his northern brothers.”

The VON DG continued, “By their shameless endeavor to harvest primordial sentiments, the PDP has not only broken its constitution’s rotation convention, but has also dug their electoral doom in the 2023 presidential election, wittingly or unintentionally.”

He claimed that by correctly rotating power to the south, the northern leaders had protected the APC’s progressive leaning while exposing the PDP’s perfidy and opportunistic tendencies.

“I am very elated. I commend APC Governors and political leaders of Northern belt for their profound patriotic statement, which aligns with Mr President’s idea of consensus.

“I must add that this is national healing balm and bridge-building pedigree of APC Governors and political leaders of the Northern belt, which they anchored on the doctrine of progressivism,” he noted.

Ahead of the APC national convention, its Northern Governors signed a pact to cede power in furtherance of the zoning principle.