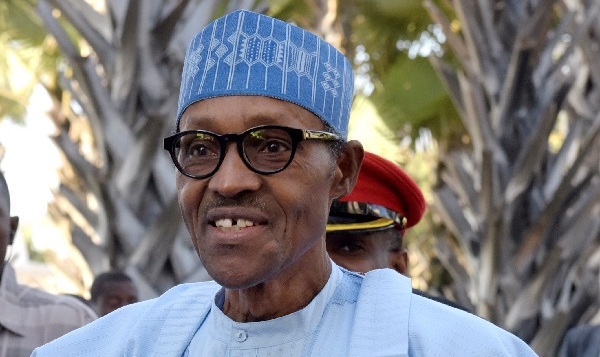 President Muhammadu Buhari has said he was humbled by the support Nigerians showed for the “democratic values of modern-day Nigeria” by deliberately ignoring calls for the phantom ‘revolution.’

The President was referring to the planned nationwide mass protests against bad political system and malgovernance, tagged “#Revolution Now!” which began on Monday, August 5.

In a statement by his Senior Special Assistant on Media and Publicity, Malam Garba Shehu, in Abuja on Monday, Buhari thanked Nigerians for defending the country’s hard-won democratic rights.

He, however, acknowledged that there were few hundred persons, who for their own reasons, decided to engage on the protest march against national interest.

The statement read in parts: “Today, millions of Nigerians went about their businesses: work, seeking employment, attending school/college and caring for their families.

“By doing so, the millions defended our country’s hard-won democratic rights – by ignoring calls on social media to join a phantom ‘revolution’.

“There were a few hundred persons today who, for their own reasons, decided to act upon the demands of a group calling itself Global Coalition for Security and Democracy in Nigeria, which went on social media to ask everyday Nigerians to overthrow the government they only elected some six months ago.

“The President is humbled by the support – not for himself, or the governing party – but for the democratic values of modern-day Nigeria through the wisdom of those millions of citizens who preferred democracy and decided not to undermine an elected government.

“Today, joining those millions of Nigerians was not only the President and governing party at federal level, but many state governments from the opposition, trade unions, civil society organisations, media and NGOs with focus on freedom of speech.

“All have, rightly, united in protecting Nigeria’s young democracy and the rights of all to elect leaders and lawmakers.

“The Global Coalition for Security and Democracy in Nigeria’s attempt to incite citizens into a revolution against their own democratic rights and interests has failed – as will all attempts to take away from the people their hard-won rights and freedom to choose who leads their country.’’