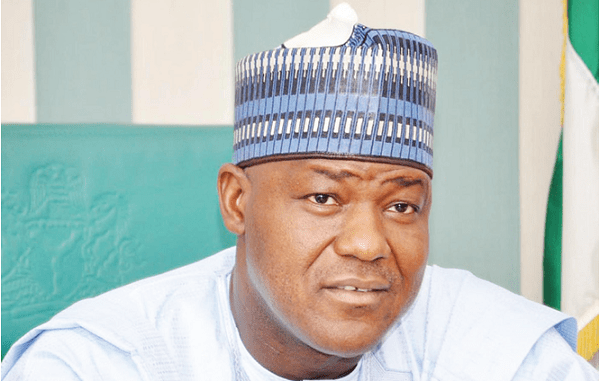 The Speaker of the House of Representatives, Hon. Yakubu Dogara has said there is no true press freedom under the administration of President Muhammadu Buhari.

Dogara, who lambasted the Buhari-led government, was speaking at a conference organised by Premium Times Centre For Investigative Journalism and European Union’s Rule of Law and Anti-Corruption Programme to mark the 2019 World Press Freedom Day in Abuja.

The lawmaker who took his time to pay tribute to Nigerian journalists who died in active service, as well as those who have survived brutal forms of censorship, said indispensability of Press Freedom remained a key to good and accountable governance.

He also encouraged journalist across the country not to cease in their efforts to ensuring their roles as the fourth estate of the real is not compromised.

Speaking on the theme, “Press Freedom in Nigeria – Rule of Law, Media and Violent Extremism,” Dogara stated, “It will not be out of place to dedicate today’s event to all those journalists who paid the supreme price or those that are being incarcerated for bringing information to the public or upholding the right of the people to know the truth about the way, they are being governed.

In 2017, the International Press Centre, IPC, reported that two Nigerian Journalists were killed and documented fourteen assault cases involving journalists and media houses. The slain journalists were Famous Giobaro of Bayelsa State-owned radio station, Glory FM 97.1, who was shot dead on April 16 that year and Lawrence Okojie of Nigerian Television Authority, Benin, who was shot dead while returning from work on July 8. Documented assault cases involved the invasion of the premises of Premium Times, Abuja by armed police officers on January 19 resulting in the arrest of Dapo Olorunyomi the publisher and Evelyn Okakwu, the Judiciary correspondent. “The Committee for the Protection of Journalists, CPJ, declared the year 2018 as the deadliest for journalists in the last three years. 2018 was marked by the high profile brutal murders of Saudi Columnist, Jamal Khashoggi and Slovak data Journalist Jan Kuciak who was shot alongside his fiance’. At the end of 2018, 348 journalists were in prison with more than half of them detained in China, Iran, Saudi Arabia, Egypt and Turkey. It was also reported that 60 journalists were being held hostage across the world. Permit me on this auspicious occasion to salute the heroism of journalists who died in active service and those who have survived this brutal form of censorship. “Press Freedom, which is the focus of this celebration, is very fundamental to the sustenance of the principles of the Rule of Law, Open Government, Democracy, societal peace and order, as well as the delivery of good governance.”

Commenting on the theme of the programme, Dogara said it was proper, especially as Nigeria faces serious security challenge.

Reflecting on the state of government and Press relations in Nigeria under the current government, Dogara said “it is fair to say that it is anything but banal. “We are all witnesses to recurring examples of coercion, threats, brutality, arrests, incarceration and media shut down perpetrated by the state against journalists and their establishments. Instances of these draconian measures adopted by State actors abound during the recent elections held in parts of the country and the General Elections. “These attacks on the independence of the Press greatly inhibit effective media practice and does not augur well for good governance and democracy. Governments efforts must never be to make our citizens docile and obedient, that’s what repressive regimes do best, but our goal must be to keep our citizens active and informed with the skills to questions the questions and question the answers if they so wish. This is how democracies all over the world are built by refusing to censor the free press and by escalating positive conflicts. Ours cannot be different. “Permit me to say that that press freedom is not negotiable and direct violence to journalists is not the only threat. Those who attack the media as “fake news” or “enemy of the people” in order to erode the credibility of the press are as dangerous as those perpetrating violence against journalists. As legislators, we will always stand up and speak out for Pressmen and media outfits that uphold the ethics of fairness, objectivity, truthfulness and patriotism in their practice.

“It is hope that the 9th Assembly will dedicate itself to enacting enabling laws that will prioritise the protection and welfare of journalists to enable them do the work of democracy. “I must say that the organised press and media in Nigeria has largely acquitted itself creditably. It has waged many memorable campaigns against tyranny and corruption. Our media practitioners definitely deserve some applause. But we will do better if we never stop documenting and exposing all cases of oppression of journalist by enemies of open society who masquerade as democrats; if we never stop insisting that journalists taken hostage and those in incarceration are freed without preconditions; if we never cease to demand that those in power must halt efforts to curtail press freedom/ Freedom of expression and above all; if we continue with courage to bring the news and hold those in power to account.”e