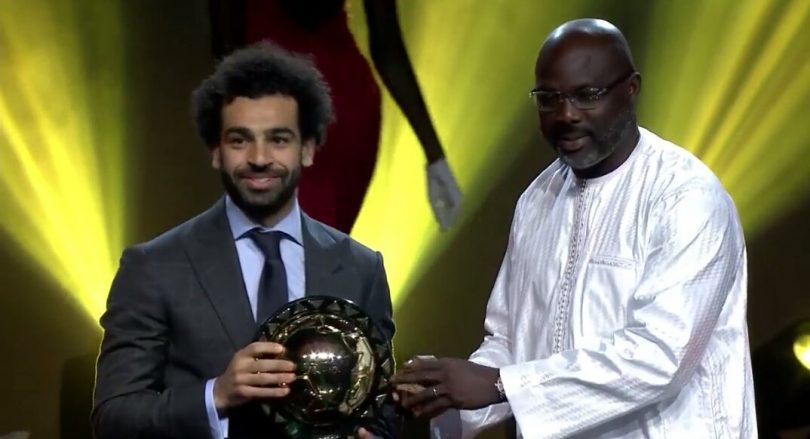 Mohamed Salah has been crowned the CAF African Footballer of the Year for the second time, beating Sadio Mane and Pierre-Emerick Aubameyang to the coveted prize.

The Egyptian forward, who plays for Liverpool FC of England, was handed the award at the Aiteo CAF Awards ceremony in Dakar, Sengal on Tuesday night.

Salah had made history last year becoming the first Egyptian to win the title since the inception of the awards in 1992, but now joins the elite league of players to win the honour back-to-back.

In the women’s category, Nigeria’s Asisat Oshoala missed out on the opportunity to win a fourth title, as Chrestinah Thembi Kgatlana of South Africa beat her and Francisca Ordega to the African Women’s Player of the Year award.

However, the Nigeria women’s national team, Super Falcons, won the Women’s National team of the Year award for a record fourth time.

Nigeria’s Wilfred Ndidi also missed out in the Youth player category as Achraf Hakimi of Morocco was named African Youth Player of the Year 2018.

Coach Hervé Renard of Morocco defeated Aliou Cissé and Moïne Chaâbani to win the Men’s Coach of the Year 2018.

Mauritania, who qualified for the Africa Cup of Nations for the very first time, were named the Men’s Team of the Year 2018.