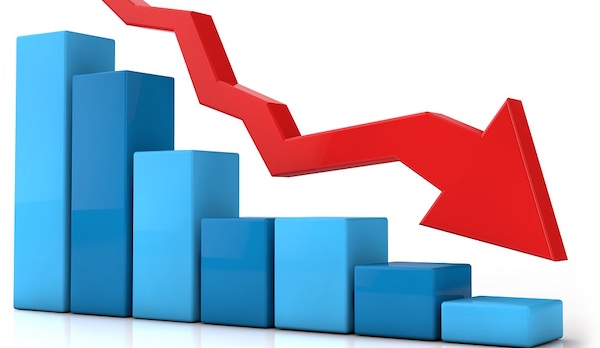 The decline costed shareholders N11.83 billion, as the market capitalisation depleted to N22.56 trillion by end of trading from N22.57 trillion reported on Friday.

Value of trade dropped on Monday after investors traded 293.42 million shares in 4,239 deals, worth N4.28 billion.

On the equities table, Cutix topped the gainers list, as its share price was up by N0.27kobo to end trading at N3 from N2.73kobo per share.

Mutual Benefit share price was up by 7.41 percent to end trading with N0.29kobo from N0.27kobo per share.

For the losers table, Veritas Kapital came first after shedding 8.70 percent from its share price to drop from N0.23kobo to N0.21kobo per share.

On the most active trades for Friday, First Bank topped as it traded 101.22million shares worth N1.24million.

Access Bank shares were traded at a volume of 44.17 million and valued at N416.97 million.

REVIEW: First Bank, a brand in need of redemption. Here’s a timeline of its corporate mess