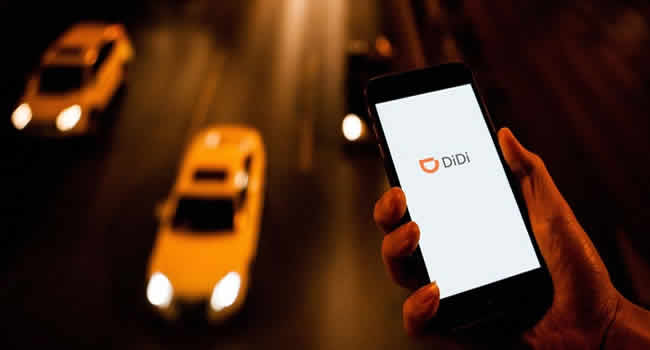 The Beijing based company, which was founded in 2012, operates in more than 400 cities in China, claiming to have driven over 550 million users in 16 countries across Asia, Europe, Latin America, and Australia.

Aside marking the South Africa penetration as its 17th active country, DiDi South Africa understands the challenges communities and the transportation industry face with the evolution of urban mobility.

Speaking on the development, the board noted that the decision to launch its service in South Africa was as a result of its commitment to create the freedom and convenience to go places while opening up horizons and giving access to new experiences through our platforms.

There are speculations from industry experts that the company might consider Nigeria when next it looks to expand further in Africa.

Tech Trivia: Which of the following is not among the first 5 tech giants

Based in Johannesburg, fintech startup Payflex has launched the buy now pay later for local shoppers in South Africa.

The launch will enable local consumers purchase items from over 500 well-known stores such as Cotton-on, Superbalist, and more.

Speaking on the development , Paul Behrmann, CEO, and founder of Payflex, explained that utilising the fintech’s innovative platform helps users purchase items without having to worry about paying interest.

He said: “Traditionally paying via instalments in South Africa has been associated with high-interest charges, as you are penalised for paying for the item over time.

“But by using Payflex, every purchase you make is interest-free.

“You’ll know exactly when each of the four interest-free payments are due and there are no hidden costs. It puts you in control of your finances.”

Zimbabwe-based agri-tech startup Farmhut has announced closing a US$100,000 in grant funding.

The development comes after being selected as one of the winners of the annual Hult Prize competition.
Farmhut is an AI-powered marketplace connecting farmers to markets that pay fair prices for their produce.

The startup enables farmers to grow their business fast throughout the year, and ensures consumers get fresh, local, and sustainably-grown food from small producers in their local area.

Earlier, the company was selected as one of 11 winners of this year’s Hult Prize, an annual, year-long competition that crowd-sources ideas from university level students after challenging them to solve a pressing social issue around topics such as food security, water access, energy, and education.

Being one of the winners, Farmhut receives US$100,000 in grant capital, which it will use to help it expand its product offering and user base.

Big Tech also known as the Tech Giants, Big Five or S&P 5 are the largest and most dominant companies in the information technology industry namely Amazon, Apple, Facebook, Google, and Microsoft.