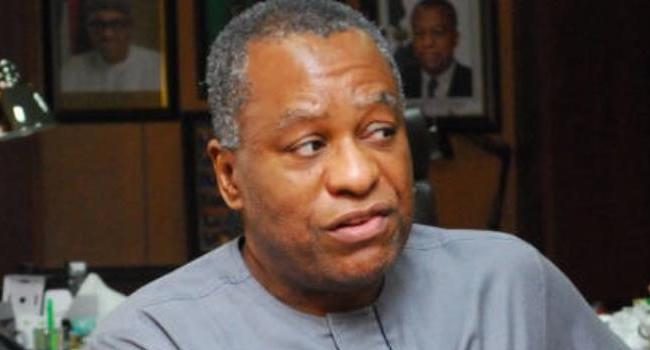 There appears to be some level of division in the Enugu state chapter of the All Progressives Congress (APC), over President Muhammadu Buhari’s reappointment of the former Minister for Foreign Affairs, Geoffrey Onyeama.

Onyeama was among the 43 ministerial nominees sent to the Senate by President Buhari, for possible confirmation.

While the Enugu state APC chairman, Ben Nwoye, kicked against the development, describing it as a “terrible mistake”, Adolphus Ude, the state Youth Coordinator of Buhari Campaign Organization during the last general elections, faulted the chairman’s statement claiming that party members were in jubilant mood.

Nwoye while reacting to the news of the reappointment, said it was not for the interest of Enugu state and Nigeria in general.

According to him, going by Onyeama’s alleged abysmal performance during the president’s first tenure in office, such “character ought not to have any business in the next level second-term agenda of the APC led federal executive council.

He posited that the ex-foreign Affairs Minister did more harm than good to APC in Enugu state during his first outing as a minister, stressing that he never believed in party supremacy

According to Nwoye, rather, than joining hands with the leadership of APC in the state to ensure the progress of the party, Onyeama, “was busy wasting taxpayers’ money in sponsoring crisis and sowing seed of discord.

The chairman insisted that reappointing the former minister into the federal executive council would further destroy the party in Enugu state, because he “is a man who has a penchant for thuggery and pulling down of party structure.”

He said aside Enugu state, Nigerians in diaspora, never felt the impact of Oyeama’s office for the four years he occupied the foreign Affairs ministry seat, adding that Nigerians were slaughtered almost on daily basis in parts of the world, without any comment or reaction from his office.

But addressing journalists, Ude, who is also the pioneer Deputy Chairman of the APC in Enugu State, maintained that Onyeama remained one of the finest members of the Buhari cabinet, stressing that “this informed the decision of our dear President, Muhammadu Buhari to reappoint him.

“Onyeama is no doubt a progressive element who drove the party’s campaign across the 17 local government areas of Enugu State. The votes garnered by the party were through his selfless efforts. While others were busy fighting, he was touring the nook and cranny of the Enugu with the party’s message.

“It is also on record that Nigeria’s foreign relationships and diplomacy remained intact all through the time he served as minister of foreign affairs.

“His renomination has already sparked wild jubilation in Enugu State across board. We are so grateful to Mr. President for rewarding performance.

“There is no doubt that he shall even surpass his achievements in the first term.

“We call on all Nigerians to ignore those who are driving selfish agenda. With Onyeama, Enugu APC is sure of steady growth and the country in general will benefit from his dedication to duty.”

Obaseki says RUGA will not happen in Edo, suggests Sambisa