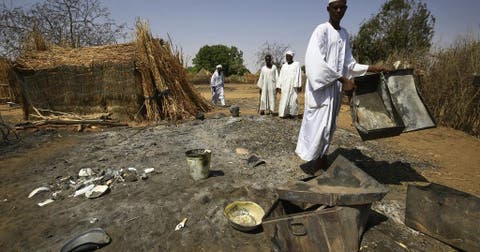 The death toll from recent violent clashes the Gimir and Rizeigat tribes in the Kolbous area of Darfur, Western Sudan, has risen to over 125.

In a statement issued on Tuesday, the United Nations Office for the Coordination of Humanitarian Affairs (OCHA) said at least 50,000 people had been displaced from the area.

The clashes reportedly started on June 6 about 160 kilometres north of El-Geneina, the capital of West Darfur, over a land dispute between a member of the Rizeigat and Gimir.

The disagreement triggered the violence in the vastly arid region bordering the Chad Republic.

The statement read: “More than 125 people were killed and many others wounded between 6 and 11 June.”

OCHA added that more than 25 Gimir villages were attacked, looted and burnt while 50,000 people fled Kolbous to nearby Sirba, Jebel Moon and Sarfa Omra

The dead included over 100 from the African Gimir tribe and 25 Arabs, while the injured were more than 130, mostly from the non-Arab tribe.