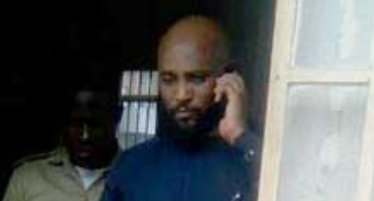 Aminu Atiku, the son of former Vice President of Nigeria Abubakar Atiku did the unthinkable when he snatched his 9-year-old son, Aamir from court premises after losing custody of his children to his estranged wife Unmi Fatima Bolori.

According to Fatima, Aminu snatched their son Aamir and drove off with him moments after she was granted custody of their kids by the Tinubu Magistrate’s Court.

Fatima was granted full custody of the children by Chief Magistrate Ayeye after Aminu failed to file a response to her application for child custody.

Aminu was also ordered by the court to pay the sum of N250, 000 monthly to Fatima for the upkeep of the children, beginning from this month and also ordered him to take out medical insurance on the children among other things.

Chief Magistrate Ayeye said: “The respondent failed to file a response. In view of the deliberate absence of the respondent and his legal team, I am constrained to make these following orders in default of respondent’s presence and in the best interest of the children to wit:

“The applicant is allowed to reside with the children at her residence at Katampe Extension, Abuja.

“The applicant is ordered to put the children in schools suited for their educational needs in Abuja.

“Access is granted to the respondent to visit his children in Abuja and request for the children to spend holidays with him.

“The respondent is ordered to pay monthly upkeep for the children in the amount ofN250, 000.00 monthly beginning January 2018.

“The Respondent is ordered to effect medical insurance on each of the children.”

Reports say while Chief Magistrate Ayeye was addressing the court Aminu and his lawyers were no where to be found and they only arrived the court after proceedings had been concluded.

When Aminu arrived the courtroom, reports say he played with his kids for a while and consulted with his lawyers before stepping out of the court premises where he supposedly hatched the plan.

He later “‘snatched’his son from the mum, locked him in his car before driving off,” Ethel Okoh Fatima’s counsel said.