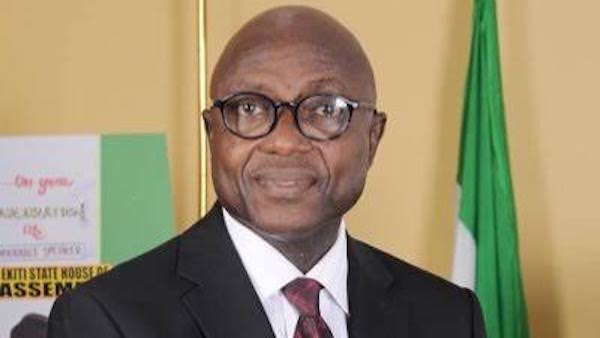 Speaker of Ekiti State House of Assembly, Funminiyi Afuye, has expressed sadness over the death of a yet to be identified person during the council polls held on Saturday in the state.

He condemned the vandalisation that occurred in Ikere Ekiti during Saturday’s council polls which resulted in the death of a person in the Constituency 1 of the town.

In a statement by his Special Adviser on Media, Tai Oguntayo, the Speaker stated that the election was peaceful in Ikere, his hometown before some suspected cultists stormed some polling units to disrupt the process.

READ ALSO: SOWORE: Law enforcement agencies must enforce law within the law, not outside it —Rights commission

Afuye sympathised with the family of the deceased and called for peace to reign in the community among the members of the political parties in order to allow security agents to investigate the matter.

The speaker stated, “Information that reached me during the election as I was also in Ikere Ekiti was that some suspected cultists stormed polling units to disrupt the process. We condemn this act of thuggery and vandalism in its entirety”.

He admonished citizens to maintain their peace while justice was done by the law enforcement agencies.