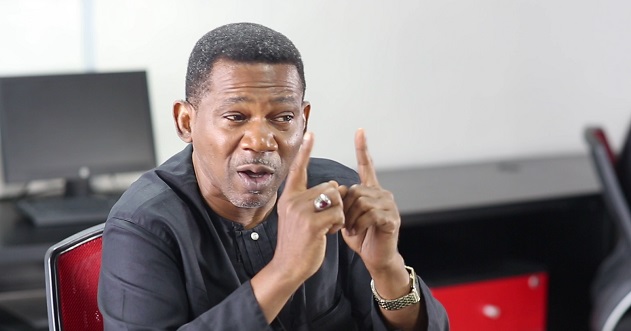 The killing of children and women under the President Muhammadu Buhari-led Federal Government has been described as unprecedented in the history of Nigeria.

This was the submission of a presidential aspirant for the 2019 general elections under the KOWA party, Sina Fagbenro-Byron (SFB).

According to him, there are more horrific things done in the government of the All Progressives Congress (APC) than what obtained under the Peoples Democratic Party (PDP) which is now in the opposition.

He listed such horrific things to include APC’s alleged impunity, lack of inclusiveness, not being sensitive to the plight of the people of Middle Belt and the South East, vindictive politics, and selective corruption fight, among other things.

Asked if he would welcome an invitation to work with Buhari, he said, “If Buhari calls me to work for him, I will reject it… Buhari does not have the capacity to be a successful president. Never in the history of Nigeria have we witnessed such abuse, particularly of women and children. Even in the civil war, we didn’t witness the direct killing of children like under Buhari.”

SFB who said that corruption has to be institutionally fought, argued that Buhari has only been fighting effects of corruption and not the cause of it.

“You don’t kill a tree by burying its seed. Security, and children out of school are now major issues, and corruption has become ‘organised crime’ under Buhari,” he said.

According to him, “inside Buhari’s own house there was a massively corrupt man”, citing the case of the former Secretary General of the Federation (SGF), Babachir Lawal, and more recently, that of the Director General of the Department of State Security (DSS) Lawal Daura who were booted out of office.

Unlike Buhari who has threatened to send looters to jail, the KOWA party presidential aspirant said “I’m not coming to jail anyone; I’m coming (but) to set the captives free,” even as he noted, that he believes in fighting corruption by putting in place structures that will checkmate it.

SFB, who boasted that he has a 50-50 chance of becoming Nigeria’s next president, said, “I believe that if Nigerians want the best candidate, I’ll be among the first three.”

He lamented that ahead of the 2019 general elections, Nigerians are currently almost exactly in the same situation as in 2015, noting that just like former President Goodluck Jonathan failed Nigerians and got voted out, same fate may befall the Buhari administration as he has also fail them on expectations.

Fagbenro-Byron argued, that if Nigeria’s Constitution allows for election, then by implication it allows for referendum, adding, that he was “determined to test this in court in the next month or two.”

He further stated that Buhari’s hands are tied on the herdsmen issue due to sentiments, tribal and ethnic affinity, assuring that he will address the herdsmen/farmers clashes if he emerges president.