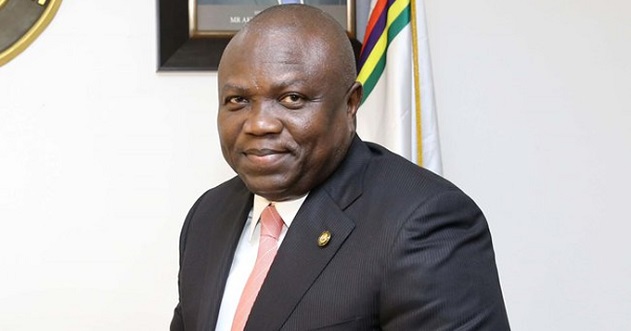 A former Deputy Governor of the Central Bank of Nigeria, Obadiah Mailafia, has accused the Lagos State government of engaging corrupt consultants in collecting tax in the state.

Mailafia who was speaking during an interview on Channels Television’s Sunrise Daily on Tuesday, urged the citizens to resist what he described as “daylight robbery.”

Mailafia said when the people see that their taxes are being put to good use, they would be willing to pay more hence the spike in IGR during the administration of former Governor Babatunde Fashola.

The former deputy CBN governor said, “Lagos which was the poster child for success in internally generated revenue, still has a lot of issues there. I love Lagos but of course, Lagosians were very reluctant to pay more tax but when they realised Fashola was doing a lot of work, they were more than happy to pay.

“But there is a problem. The cost of extracting this taxation is one of the highest in the world. They have invited very dubious consultants who keep between 15 to 20 per cent of this tax. I think it is a form of iniquity and I don’t know why for the life of me, Lagosians tolerate that nonsense.

“It is their money and it is daylight robbery. Employ people, train them; let the government collect the tax, not private consultants. In France, there are schools dedicated to training people in public finance and tax administration. These are the people you should set about to collect your taxes, not some iniquitous and corrupt private consultants.”