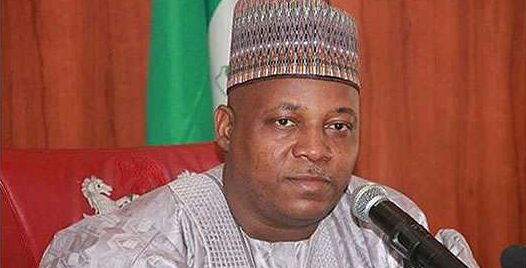 The Borno State Government may have changed its mind on what to do with the house of Mohammed Yusuf, founder and late leader of the Islamist terror group, Boko Haram.

Ripples Nigeria exclusively gathered that the government has decided to build a special girls’ secondary school on the desolate building located at Railway Quarters in the Old Maiduguri City, fondly called Maarcas by the natives.

According to sources in the know, Governor Kashim Shettima had told a close confidant that he would build a standard school for girls at the Maarcas home of Yusuf, to prove that the insurgents lacked the capacity to obliterate western education in the state.

According to the source, Shettima said “My Commissioner had made mistake to say we are going to convert the Boko Haram founder’s house to a museum, but that is not true.

“I am going to build a special secondary school for girls there; with state-of-the -art facilities. Since he said they didn’t want girl education; I want to prove that Boko Haram can’t stop our girls from going to school. We must give them quality education.”

The state Commissioner for Home Affairs, Information and Culture, Mohammed Bulama, had at the 9th National Council for Culture, Tourism and National Orientation, in Dutse, Jigawa state, November last year, stated that the government will convert the place to a museum.

“We are going to convert the house of the leader of the Boko Haram sect Mohammed Yusuf where the insurgency all started from, to a museum.

“The place is called Maarcas; we want to build a museum there where all the things that had happened relating to the insurgency will be archived.

“We want to document and archive all that had happened so that our future generation will be able to have first-hand information,” he had said.

Yusuf was killed in 2009 and his group has continued to constitute serious security threat to Borno and other states in the Northeast.

The commissioner also said the state was planning to turn the Sambisa forest, which used to be the insurgents’ haven, to a tourist centre by reviving the already existing games reserve in the forest.

Meanwhile, Shettima has said that the state government would incentivise the adoption of Boko Haram orphaned children by giving out free houses to people willing to adopt three or four of them.

READ ALSO : HERDSMEN KILLINGS: Buhari should admit that he has failed —Wike

The Governor also said that the government will further place the people on stipends to help them cater for their needs and that of the adopted children.

Addressing some journalists in Maiduguri, he said “There are some estates that we are building across the state, we are going to allocate those estates for free to anybody who is willing to adopt three or four of the Boko Haram victims, we will put you on a stipend, we know things are very tough in the country, but we want the kids to grow up, this culture of orphanage is alien to the African set up”.

Despite the devastation caused by the insurgency, Shettima however, said that it afforded the region opportunity to reengineer to a better society.

According to the governor, “as for the recovery and peace building movement of the World Bank, conducted in partnership with the European Union, and the Presidency, the destruction inflicted on the Northeast by Boko Haram amounts to about $9.6 billion, out of it, Borno alone accounts for about $6 billion of the destruction.

“A total number of 958, 357 units of houses were destroyed in the state making up to 30 per cent of the total number of houses in the state, about 5600 class rooms in 510 primary school, in 34 secondary schools and 2 tertiary institutions of learning were destroyed, so the statistics are very depressing, but one thing I believe is that where there is a will, there is always a way”.

He therefore said “as terrible as the tragedy that has befallen our land, it also provides us with a bigger opportunity to reengineer our society to be a better place, and especially for us in the north, most of us are first generation graduates of our respective families.

“Most of us if not all of us are products of the public schools system, we can not send our own wards to the choicest private schools and allow the children of the poor to wallow in poverty and illiteracy, and expect to reap the dividend of peace, no!”

HERDSMEN KILLINGS: Buhari should admit that he has failed —Wike