Facebook to proceed with its crypto, Diem, after opposition from regulators | Ripples Nigeria 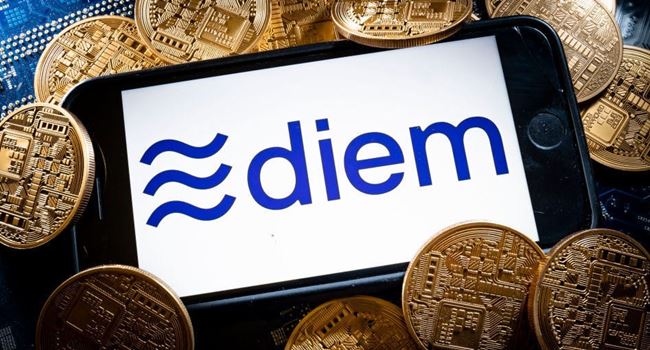 The much-criticised cryptocurrency from Facebook, Diem, will proceed with its launch after two years of scrutiny and criticism from various regulators. Diem’s value will be pegged to the United States dollar.

Criticism from Europe and United States had disruptes the cryptocurrency’s plan to serve as a coin that is pegged to several fiat currencies across the world.
Diem had to review its model, aborting its plan to be a universal currency.

Diem will now develop several stablecoins, with each pegged to different government-backed currencies globally. The launch will be done in phases, with the pilot done in small scale.

The first batch will be used by individual consumers during transactions, with consideration being placed on goods purchase and payment, Bitcoin.com reported on Wednesday.

It was gathered that Diem is trying to get payment license and it has reached out to Swiss regulators for it. It has taken the digital asset almost two years to near launch stage since Facebook first announced Diem as “Libra” to the world.

Although, the timeframe of the launch wasn’t stated as talks are still ongoing with regulators, but its entry into the cryptocurrency market will be done in phases across countries.

“A big step of our dialogue with regulators has been a phased approach to launch. We are going to be phasing in different functionalities and use cases, applications in different areas.” co-creator and chief economist of Diem, Christian Catalini, said.