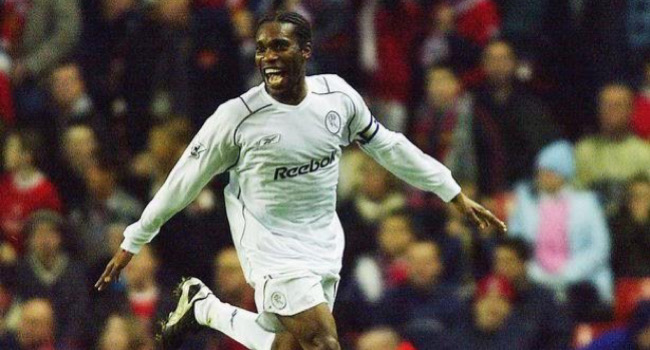 Conclusion
False. The message has been circulating for a while and the theme has also been related to Christiano Ronaldo in the past as well. None of the woven tales around the two legendary players are true..

Full Text
The viral text on WhatsApp and Facebook said Austin Okocha dedicated a recent award award to his former team mate, Victor Agbo who sacrificed himself for Okocha to glow.

“When he received one of his awards recently, Okocha dedicated it to a certain … Victor Agbo Then said: “Yes I am a great footballer and all my success is due to my friend Victor good heart” People looked at one another and said, “Who is this Mr. Agbo?””

The message also recalled Okocha’s past on how he became a player for Enugu Rangers.

“Then Okocha went on: “We played together in a youth team. When Enugu Rangers recruiters came to observe us, they told us that the striker who scored the most goals will be recruited into the sports academy.

“That day we won 3-0. I scored the first goal and then Victor scored the 2nd with the head. And then the 3rd goal was the one that impressed everyone. Victor started from the wing, then found himself face to face with the keeper, dribbled the goalkeeper and all he had to do was to push the ball into the empty goal post. In the meantime I was running to his side and instead of shooting into the empty goal post, Victor decided to pass the ball to me and I scored. This is how I found myself at the Enugu Rangers youth team. After the game I went to him, and asked him “why did you do that?” And he replied, ‘Because I know that you are better than I am and You will go far in life in this game, you needed that push’”

The message further explained that Nigerian sport journalists have investigated the truth and found Victor Agbo to be a real person.

“Curious to know more, the journalists began to investigate and were able to meet this Victor Agbo to ask him if the story told by Okocha is true, and he confirmed it, adding that his career as a footballer ended after that match as it was the only opportunity to become professional but ‘I was sure Okocha would go far and do better. So I remained unemployed fulfilled and happy’”.

Read also: FACT CHECK: Can a doctor choose not to treat a rude patient?

“However, journalists, observing his luxurious house and his fleet of cars parked in the garage asked Victor. ‘But being unemployed, how could you have such a house and cars and living so luxuriously? You seem rather comfortable physically’. Victor’s answer: “All that? .. is Okocha”

Verification
Ripples Nigeria searched through the media and no interview on Victor Agbo was found, nor did Austin Jayjay Okocha receive an award recently.

During further research, a similar story of Christiano Ronaldo and his friend Albert Fantrau was also found.

The story was written the same way, same wordings, with same scenario as the one on Okocha.

It reads: “I have to thank my friend Albert for my success. We played together for a youth club. When people from Sporting (Lisbon) arrived, they told us that whoever scored more goals would be accepted to their Academy. We won that game 3-0, I scored the first goal, Albert scored a header, and the third was a goal that impressed everyone.

“Albert went one on one with the goalkeeper. I was running next to him, he went round the keeper, all he needed to do was just to get the ball into the empty net. But, he passed it to me and I scored. I was accepted to the Academy. After the match, I approached him and asked him “why” and he answered; “You’re better than me”.

“Several years later, the journalist went to Albert’s house and asked whether the story was true. He confirmed. He also said that his career as a football player finished after that match and he is now unemployed. “But where did you get such a gorgeous house, a car? You seemed to be a rich person. You also maintain your family … .. Where is all this from?. Albert replied, all this is from Ronaldo”.

The fictitious story woven around Ronaldo started in 2017 after Christiano Ronaldo won the best FIFA men’s player and he dedicated his award to his fans.

“Amazing feeling to have won this award again. Want to dedicate to my family, my friends, my teammates and coaches from both Real Madrid and Portuguese NT and everyone who supported me,” Ronaldo had tweeted.

The documented history of Ronaldo’s formative years confirms that he initially played for his local amateur team Andorinha between 1992 and 1995, and then spent two years at Nacional. He joined Sporting in 1997 at the age of 12 following a successful three-day trial. He made his senior debut for Sporting in October 2002, and sufficiently impressed against Manchester United in August 2003 to make the move to Old Trafford. The rest is history

The story was attributed to an Under-18 championship, but given that Ronaldo was playing senior football with Sporting at the age of 17. How could Sporting have been scouting for him then?

FACT CHECK: Can a doctor choose not to treat a rude patient?