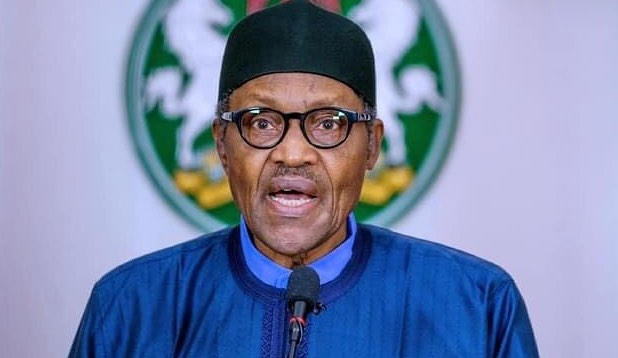 While the terrorism and security index have shown considerable amount of positive changes in the last six years, it is a far cry from what is needed to achieve a stable secure and peaceful country.

Nigeria’s terrorism index is still the highest in Africa with 8.3 causing the nation to lose 2.4 percent of its GDP worth $142bn. With regards to the peace index, Nigeria is not among the top 30 African peaceful countries nor part of the top 100 peaceful countries in the world.

About 50,000 people have been tracked to have died due to different insecurity problems across the country since Buhari took over the office of the country’s presidency.

On Friday 26 November, Garba Shehu Media aide to the president said while attending a symposium aimed at enlightening people about Fake News at the Federal University, Dutsin-ma, Katsina State that the president deserved to be given credit for handling insecurity issues in the country since he came to power.

“It is a fact that the Buhari administration is the only government of Nigeria that has put forward a workable solution to the herder-farmer challenge in all the years since independence.

“The threat to civilians and peaceful co-existence between different ethnic and religious groups from farmer-herders clashes, banditry and land disputes are of serious concern to the Buhari government”.

With regards to Boko Haram he said: “When the government came to power, the terrorist group held and administered an area the size of Belgium. Now they hold none. The terrorists are hiding out amongst remote forests and across borders.

“This makes it difficult to extinguish the final flames of the insurgency, and the government has no illusions of the potent threat still posed

Adding to the progress of security, Mr Shehu added that; “However, the progress made cannot be denied. In the face of rising crime and insecurity, the government’s new community policing initiative was launched.

“Some 10,000 new constables were recruited and the process is on for another 10,000 to be recruited from the areas they will safeguard as opposed to past practice.

The country’s terrorism index is ahead of Somalia and DR Congo with the highest terrorism threat levels.

The global terrorism index compiled by statista, a data aggregator platform revealed that the latest terrorism index published September 2021 has Nigeria at the top of the African countries affected by terrorism and only second to Afghanistan on the world rank with the year 2019 as the latest for the country with 8.3 index causing Nigeria to lose 2.4% of her GDP worth $142bn and a total of 22,000 deaths from conflicts involving Nigeria and Boko-haram.

Although statista gave a total of 22,000 deaths arising from both Boko-Haram and the Nigerian government, that was a cumulative number of deaths tracked from May 2011 till November 2021.

The Nigeria security tracker shows a total of over 9,000 deaths from both Boko-Haram and Nigerian government since June 2015 when Buhari took over and a total of about 50,000 deaths have been tracked and recorded as a result of general insecurity in the country since President Buhari took over office for a second term).

Further research into the security level achieved by Mr President shows that the peace index of the country has been increasing though the country is still at the bottom of the global peace index table with only 17 countries behind her. The country has an index of 2.172 and it is currently ranked 146.

The global peace index is made up of 23 quantitative and qualitative indicators in which Nigeria shows worst results in access to weapons, violent demonstration and violent crimes. Following closely include political terror, homicides, perceived crime, terrorist activities, safety and security and internal conflicts.

FACT CHECK: Is the cost of transport bonus to poor Nigerians higher than fuel subsidy?