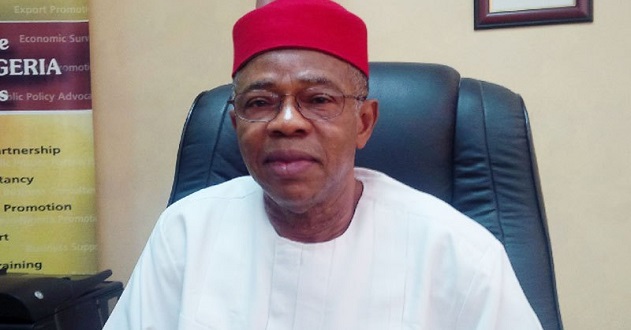 The Manufacturers Association of Nigeria, MAN, and the Organised Private Sector has come out to express their dissatisfaction at some ‘non-real sector’ operators who are canvassing for the speedy signage of the African Continental Free Trade Area (AfCFTA), by President Muhamadu Buhari.

Insisting that such move is a camouflage that majority of Nigerians and the Organised Private Sector agrees with their position.

MAN President, Frank Jacobs, revealed that the association has commenced an independent study, with the report expected to be released in August 2018.

Jacobs also intimated that the OPS met recently in Lagos and agreed that the decision to sign the AfCFTA should be subject to the outcome of a credible study which should guide the negotiations, owing to the glaring lapses highlighted in the study conducted by NOTN, which, accordingly, failed to address the concerns of manufacturers.

“In the light of recent developments, we considered it necessary to intimate you that an insignificant number of non-real sector operators in the Private Sector are tactfully recommending that Mr President should sign the agreement under the camouflage that majority of Nigerians and the Organised Private Sector agrees with their position. They are essentially not at home with the technicalities of a trade agreement of this magnitude. The pronouncement of this group of actors is not representative of the views of the Organized Private Sector of Nigeria.

“Although NOTN recently conducted and launched a study, the stakeholders are still considering the study in view of the observed glaring lapses. It is worrisome to observe that the study failed to address the concerns of manufacturers. Moreso is the fact that the outcome of the NOTN sponsored independent study on the potential benefits of AfCFTA on Nigeria fell short of standards and lack the much-needed information required to take an informed decision. MAN has since commissioned a study and we expect to have the report about a month from now”, Jacobs added.

Jacobs further expressed concerns that since certain key questions were raised by the OPS; answers are yet to be issued; urging President Buhari to still withhold signing till the grey areas are sorted out.

“Interestingly, this is almost four months, our concerns are yet to be addressed and we are still waiting for answers to these questions. We know that the response to these key questions is predominantly work in progress”.

“It is pertinent to report that the Presidents of the Organized Private Sector at its meeting yesterday had in attendance the Manufacturers Association of Nigeria, the Nigerian Employers Consultative Association and the National Association of Small Scale Industries. They affirmed that our country should be circumspective on the decision to sign the AfCFTA and that we should await the outcome of a credible study that should guide our negotiations. Although, NASME could not attend the meeting, it is equally supportive of the position of the OPSN.

“For the avoidance of doubt, we again request that Mr President should not sign the AfCFTA agreement until the outcome of a credible study so indicate, but graciously allow the nation’s team to resume participation in the negotiation processes ONLY to ensure that the country is abreast of developments. This will certainly not jeopardise or constrain the reservation of our assent, should we eventually decide that the Agreement is definitely not in our favour. It will only mean that, whilst keeping our eyes on the goings-on, we can continue with our much needed and sovereign path to determine whether we should sign-on or not”.