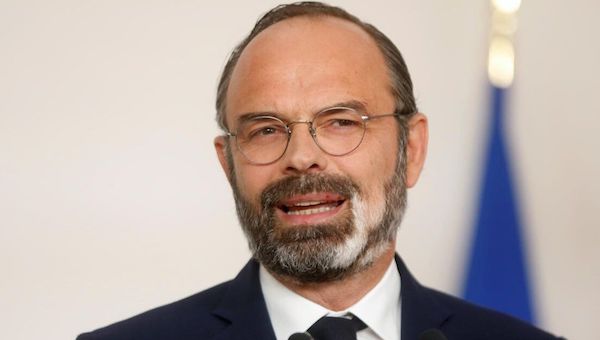 The Prime Minister of France, Edouard Philippe and his government have submitted their resignations with no reason given for their action.

This development was announced on Friday by the Élysée Palace, which informed that Philippe would remain as head of an interim government until a new cabinet was named.

The Élysée statement said: “Mr Édouard Philippe has today handed his resignation from the government to the president of the republic who has accepted it. He will remain, with other members of the government, to deal with current matters until the nomination of a new government.”

The 49-year-old threw in the towel as a cabinet shuffle had been widely expected after President Emmanuel Macron promised a reshuffle for the last two years of his term.

Philippe was appointed in 2017 after Macron’s presidential election victory. At the time, he was a member of the centre-right Les Républicains (LR) party.

As a replacement for Philippe, French President Emmanuel Macron has named Jean Castex, who coordinated the country’s virus reopening strategy, as the new prime minister.

Castex is a career public servant who has worked with multiple governments.

Related Topics:Jean Castex
Up Next