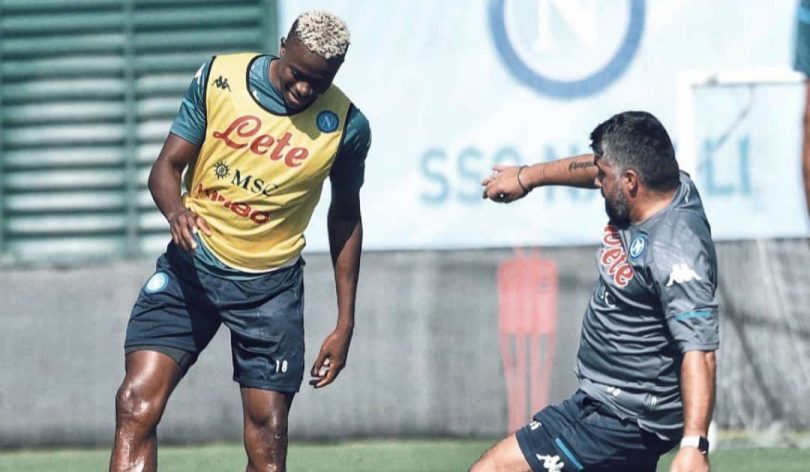 Napoli manager, Gennaro Gattuso has given a possible reason as to why Super Eagles forward Victor Osimhen failed to score against Pescara.

Napoli battled the Serie B club in a pre-season friendly on Friday and won 4-0, with Osimhen putting up a relatively poor show.

The striker had scored six goals in two previous Napoli pre-season games – against against D’ Aquilla and Teramo, but was caged by Pescara.

Gattuso said the Nigeria international, who played for 67 minutes in the game, was not available for training on Thursday, and says that could have affected him.

“Osimhen didn’t train yesterday as he went to France to renew his visa, which may have effected him slightly,” Gattuso said after the game.

“Petagna did very well in attack. We must not only look at the goals, but at the overall performance of the team, and we certainly didn’t do very well today.”

Osimhen’s replacement Andrea Petagna bagged a brace and an assist to help the Serie A side keep on their fantastic preseason run.