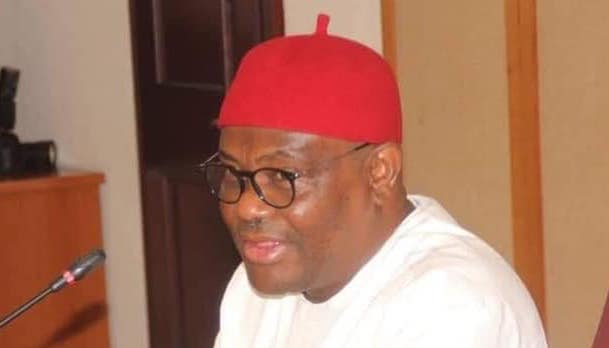 Governor Nyesom Wike of Rivers State has accused President Muhammadu Buhari led Federal Government of politicising the fight against the spread of COVID-19 in the country.

He said it was unfortunate that while the Federal Government gave Lagos State a grant of N10 billion to assist the state in the fight against the novel coronavirus disease, nothing was given to Rivers State as the nation’s oil and gas hub.

The governor stated this in a broadcast on Sunday, adding that despite the exclusion of the state, that the Buhari-led government had continued to endanger the state by flying expatriates into the state.

“One wonders why the federal government should single out a state out of 36 States to give support. Does it mean that support will come when a State has a record of over 50 infected persons before it gets support. No state should be seen as more important than any other state. This is a Federal Republic. No state is superior to others.

“If they come to come Rivers without us knowing their status, what will be implication assuming they have the virus,” he said.

The governor also during the broadcast announced that all markets in the state would operate between 7am and 12 noon on April 7 and April 8, 2020 to allow residents to shop for Easter and also replenish their stock of foodstuffs.

“All markets in the state except Oil Mill Market, Mbiama Market and Slaughter Market at Trans-Amadi shall be open on Tuesday, April 7 and Wednesday, April 8, 2020, from 7am to 12noon. After those two days, the markets will remain closed. This is to enable residents to shop for Easter and also replenish their stock of foodstuffs.

Wike also said he has set up of a committee to work out modalities for carrying out the state government’s palliative programme.

He said, “In line with our decision to provide palliatives to cushion the hardship being faced by our people, the government has decided to set up a committee to work out modalities for the smooth implementation of this directive. This committee reflects all interest groups.

“This committee will be inaugurated tomorrow, Monday, April 6, 2020 at the Government House, Port Harcourt by 12noon. Attendance of the inauguration ceremony will be strictly for members of the committee.”