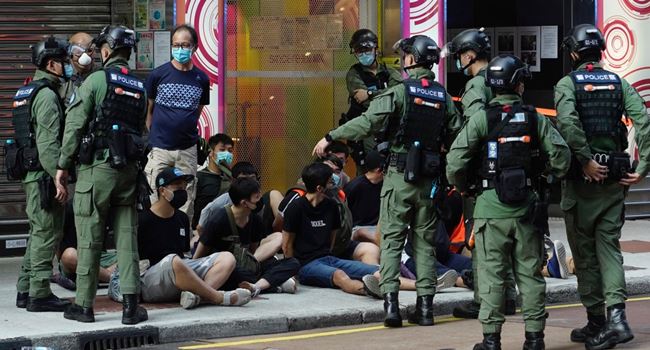 The police in Hong Kong have confirmed the arrest of no fewer than nine people for helping 12 residents detained by the mainland authorities after allegedly trying to escape the territory by boat in August.

According to reports, the 12 Hong Kong residents were picked up by the mainland coastguard some 70 kilometres (43 miles) southeast of Hong Kong on August 23 and handed to police in Shenzhen, the southern mainland city bordering Hong Kong.

Ho Chun-tung, the Senior Superintendent of the Organized Crime and Triad Bureau told reporters in a briefing that was posted to Facebook on Saturday that those arrested include four men and five women – the youngest 27 and the oldest 72.

“We think they are friends with the 12, and they were arrested for assisting offenders,” Ho said. “That means they might have done something to prevent the prosecution of these people or to prevent them from being arrested by police. Their roles include funding, providing a boat, providing transportation, and also providing accommodation before they abscond(ed) from Hong Kong.”

Related Topics:ChinaHong Kong
Up Next

FAYOSE: A Cap And Its Removal