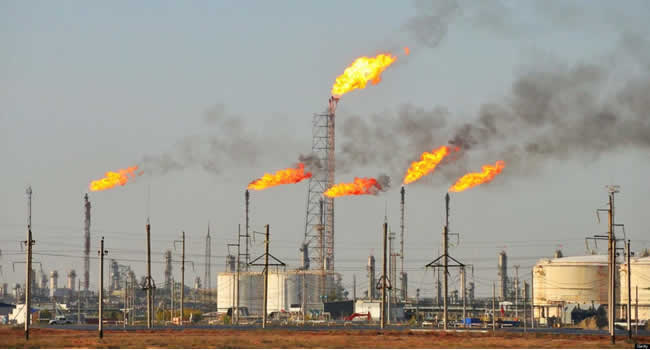 In the last nine years, Nigeria has lost at least N2.4 trillion due to poor gas flaring practice of international oil companies and local stakeholders.

This is according to data obtained by Ripples Nigeria on Tuesday from Nigeria’s Gas Flare Tracker, an environmental monitoring tool.

According to data, between March 2012 and April 2021, a total of 1.8 billion (MSCF) of natural gas valued at $6.3 billion were flared both onshore and offshore.

Using the official Central Bank of Nigeria (CBN) exchange rate of N381 to a dollar, the $6.3 billion estimated loss amounts to N2.4 trillion.

The tracker also estimated that the flared gas could have also generated 181.2 thousand gigawatt hour (GWh) of power for the country.

Although, a breakdown of the data on the total gas flared in the country during the period under review showed a significant drop, Nigeria’s Gas FlareTracker dataset showed that there are still over 100 active flare sites in ten Nigerian states.

Among the 10 states highlighted, Delta state recorded the highest volume of gas flared within the 110 months.

The tracker noted that residents in Delta State were exposed to 653.3 million (scf volume of gas) flared by oil companies and local activities.
Rivers State, with 537.2 million Mcsf flared within the 110 months came in second.

The volume of gas flared in Bayelsa was 315.4 million Mscf, while Edo State was 157.5 million Mscf.

The dataset also revealed that carbon dioxide emissions from the flare sites during the period was 96.3 million tones.

Carbon dioxide is a very poisonous chemical that makes people sick and damage the farming and fishing indus­tries, at the same time causing acid rain, cancer, and a host of respiratory problems.

What is the government saying?

Nigeria is a signatory to Paris agreement to reduce its carbon emissions unconditionally by 20 percent or conditionally by 45 percent with international support by 2030.

In 2016, Nigeria Gas Flare Commercialisation Programme (NGFCP) was approved to achieve this objective and the Department of Petroleum Resources (DPR) has been finding ways to commercialize the gas flaring points.

Also, Timipre Sylva, minister of state for petroleum resources also promised that Nigeria is committed to achieving the global consensus on the elimination of gas flaring by 2025.

Despite the improvement over the last few years, the pace at which gas flared in Nigeria is reducing cast major doubts if Nigeria can meet the Paris agreement targets.