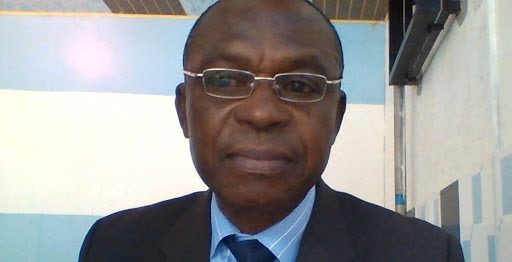 An ad-hoc staff of the Independent National Electoral Commission (INEC) who served as a collation/returning officer for the Essien Udim State Constituency election in 2019, Professor Ignatius Uduak, has been arraigned in court for alleged electoral fraud.

He was alleged to have made efforts to rig the 2019 Akwa Ibom North-West Senatorial District election.

The major contenders in the election were Senator Godswill Akpabio of the All Progressives Congress (APC), who is the current Minister of Niger Delta Affairs and Chris Ekpenyong.

The election was eventually won by Ekpenyong who contested under the platform of the Peoples Democratic Party (PDP).

Professor Uduak was arraigned in High Court 4 Uyo, the capital of the state on Wednesday by INEC.

The arraignment of Uduak, a professor of Human Kinetics, in the Department of Physical and Health Education, University of Uyo, Akwa Ibom State, came after a state High Court judge issued a warrant of arrest against him last month.

However, upon his arraignment on Wednesday, his counsel, Samuel Ndah said, “My Lord, the accused person is in court voluntarily, not on the basis of the arrest warrant.”

The courts are that he abandoned his assigned duties as the collation and returning officer in the state house of assembly election and unlawfully generating scores and entering same in form EC 8e (ii).

He also said to have announced and circulated false and fake election results and lied on oath.

When the charges were read to the accused, he pleaded not guilty and his counsel Ndah applied for bail for him.

The bail application was, however, opposed by Kpoobari Sigalo, the prosecution counsel.

The matter was later adjourned by the presiding judge, Justice Archibong Archibong to December 14th, 2020 for ruling on the bail application.

INEC had also recently, arraigned Peter Ogban, from University of Uyo for alleged electoral fraud in the 2019 general elections.